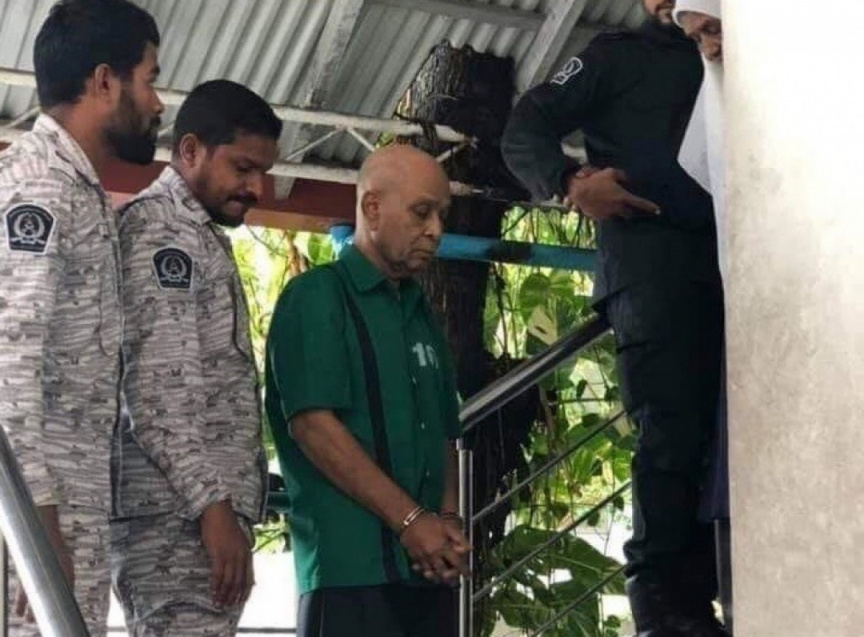 The spokesperson declined to specify the treatment he underwent.

He was sentenced to 25 years in prison for the crime, but went on the run after he was granted medical furlough to travel to Sri Lanka for medical treatment on January 16, 2010.

He surrendered to officials at the Maldivian embassy in Colombo on May 1 amid security sweeps in the country following the Easter bombings on April 21, and was extradited to Maldives on July 9.