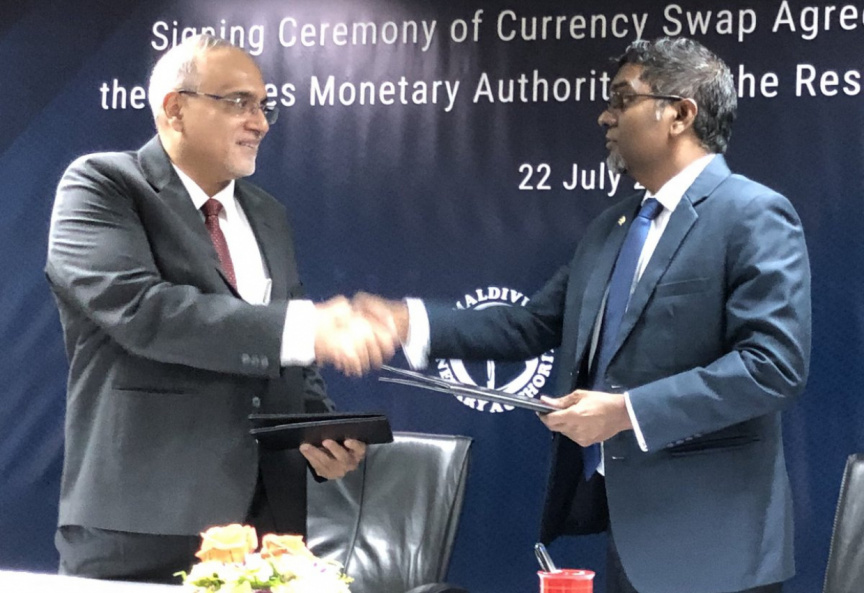 India and Maldives have signed a currency swap agreement worth USD 400 million.

At a ceremony held at the central bank, Maldives Monetary Authority (MMA) this Monday, the agreement was signed by MMA’s governor Ahmed Naseer and the Executive Director of the Reserve Bank of India Mr. Raby N. Mishra.

The agreement is a part of the USD 1.4 billion economic package agreed between India and Maldives during the President Ibrahim Mohamed Solih’s visit to India in December. Details of the agreement have not yet been disclosed by the MMA.

There have been currency swaps between the Maldives and India since 2012 and involves the exchange of currencies between the two countries. Such agreements allow Maldives to make payments to India with Maldivian currency.