President Solih meets with the acting president of Mauritius 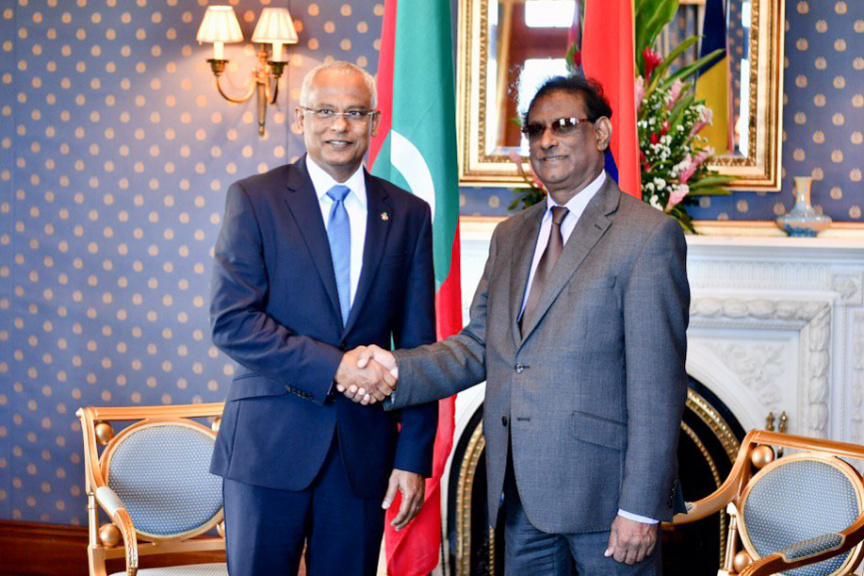 During the meeting this Saturday, President Solih thanked the acting President for the extremely warm welcome received by himself, the First Lady, and the accompanying Maldivian delegation and further remarked that he greatly enjoyed last Friday's opening ceremony for the 10th Indian Ocean Island Games (IOIG) presently being held in Mauritius. President Solih further expressed his anticipation of witnessing many of the sporting events that have been scheduled to take place in the upcoming days.

The meeting saw the two leaders speak about the warm nature of current relations between the Maldives and Mauritius and included discussions to further enhance the mutual relations between the two countries. A special impetus was given during this meeting to discuss and address the many shared challenges faced by both countries as small island nations in the Indian Ocean.

President Solih will return to the Maldives on Monday and will attend to view the sports that Maldivian teams are taking part in the games in Mauritius.

President of the Maldives

Bridge and some roads to be closed in Male’ city