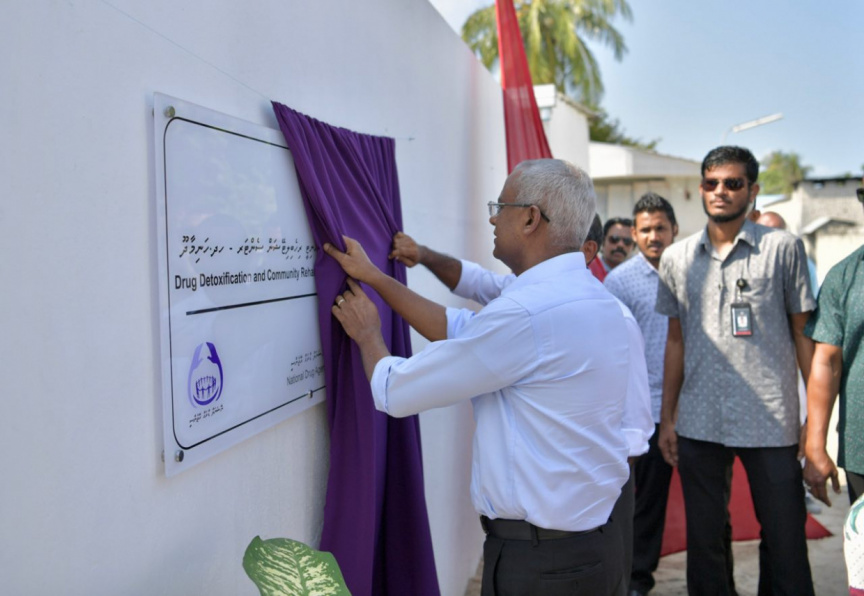 Inauguration of the Drug Detoxification and Rehabilitation Center in H. Dh. Hanimaadhoo on March 31, 2019. (Photo/President's Office)

The center was established to provide detoxification and rehabilitation services to drug addicts.

President Solih following the inauguration of the rehab center, toured the center and inquired about the services available from the facility.

President of the Maldives

Bridge and some roads to be closed in Male’ city