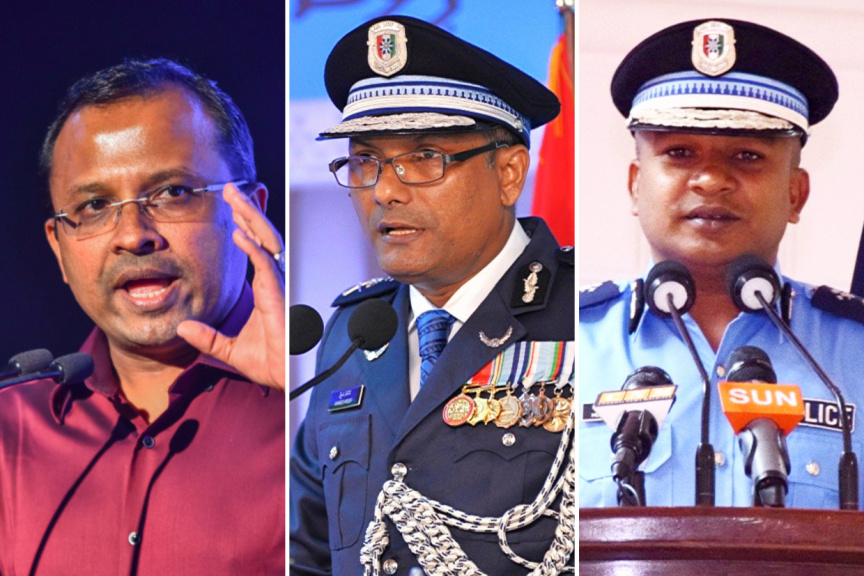 Three figures who served as Commissioner of Police have come forward to denounce the allegation made by Home Minister Sheikh Imran Abdulla that the failure to extradite November 3, 1988 terror plot mastermind Abdulla Luthfee lay with former Home Minister Umar Naseer.

At a questioning session held at the Parliament last Monday, Minister Imran said the police had been close to capturing and extraditing Luthfee back in 2014, but that the operation fell apart due to lack of approval by then-Home Minister Umar Naseer.

Hussain Waheed – who served as CP in 2014 - has issued a statement via his Facebook account calling the allegations by Imran as “a made-up imaginative narrative” and “an attempt to mislead the public”.

He said that Luthfee’s capture had been a priority to both Umar and then-President Abdulla Yameen Abdul Gayoom, and that Umar never gave any instruction against capturing and extraditing Luthfee.

He also disclosed details of the previous administration’s work to find and capture Luthfee, which correspond with an earlier statement issued by Umar.

Hussain Waheed said the police received intel Luthfee was living in hiding by disguising his appearance, which was duly reported to Sri Lakan authorities at the time.

“The comments made by Minister Imran is a despicable attempt to mislead the public and the members of the Parliament,” said Hussain Waheed.

He also said the protocol for dealing with the capture or surrender of a fugitive such as Luthfee was clear – which is to expedite the legal procedures and extradite him.

He said the failure to follow the clear protocol was an injustice to the Maldivian people who lost their lives in the November 3, 1988 terror plot.

“Luthfee’s extradition to Maldives is not debatable,” said Hussain Waheed.

Former CP and current Kinbidhoo MP Abdulla Riyaz tweeted that the police did not need an approval from Home Ministry to capture a fugitive.

“It is compulsory for the police to act according to law,” said Abdulla Riyaz.

Umar himself has accused Imran of lying. He said no other Home Minister had done more work to capture Luthfee than he.