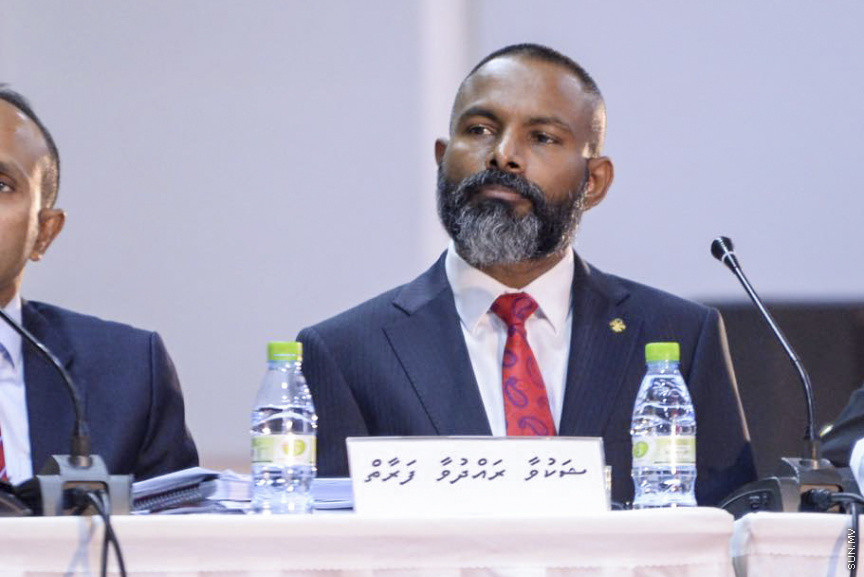 Justice Abdulla Didi (C) with his attorneys at JSC's inquiry into the allegations against him at Dharubaarube on June 20, 2019. (Photo/Sun/Ahmed Awshan Ilyas)

The investigative committee in charge of probe into ethical misconduct by Supreme Court Justice Abdulla Didi has recommended Judicial Service Commission to file an impeachment motion against him at the Parliament.

The investigative committee’s findings, along with its recommendation that the JSC file an impeachment motion against him at the Parliament, were presented to JSC this Monday.

Justice Didi was questioned by the committee regarding the allegations against him at an open inquiry. He refused to directly answer any question during the inquiry, but later submitted his answers in writing to the JSC.

JSC, at its meeting this Monday, voted to give Justice Didi 30 days – starting from Tuesday, July 9, to respond to the investigative committee’s findings.