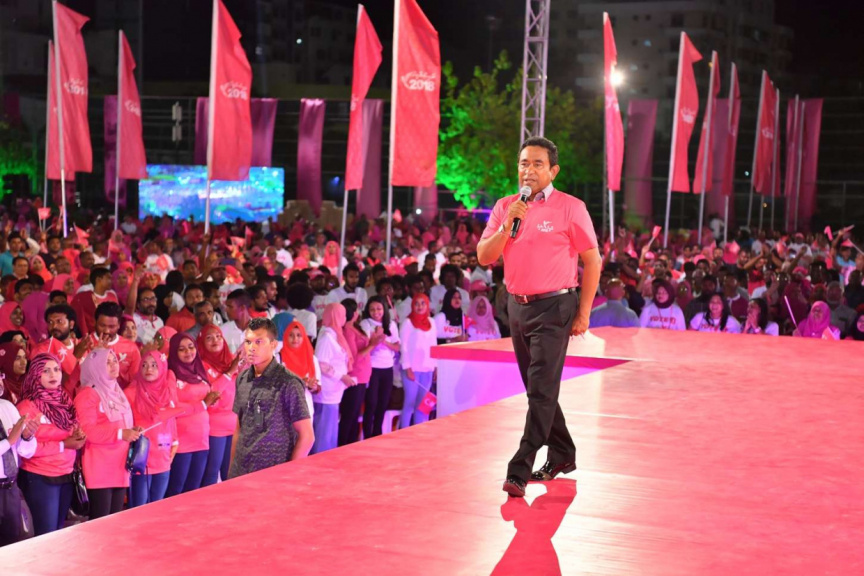 The opposition has been issued permit to hold its gathering on Thursday, July 4, at the Alimas Carnival area of Male’ City.

The opposition coalition – made up of Progressive Party of Maldives (PPM) and People’s National Congress (PNC) – sent its letter to the National Planning Ministry requesting permission to stage its gathering at Alimas Carnival on June 27.

The opposition coalition has asked for the location to be leased to them from 6 pm to midnight on Thursday, July 4.

Thursday’s gathering will be the first pre-planned gathering by the opposition since it was unseated in the presidential elections of 2018.