Tracking devices to be installed on all marine vessels 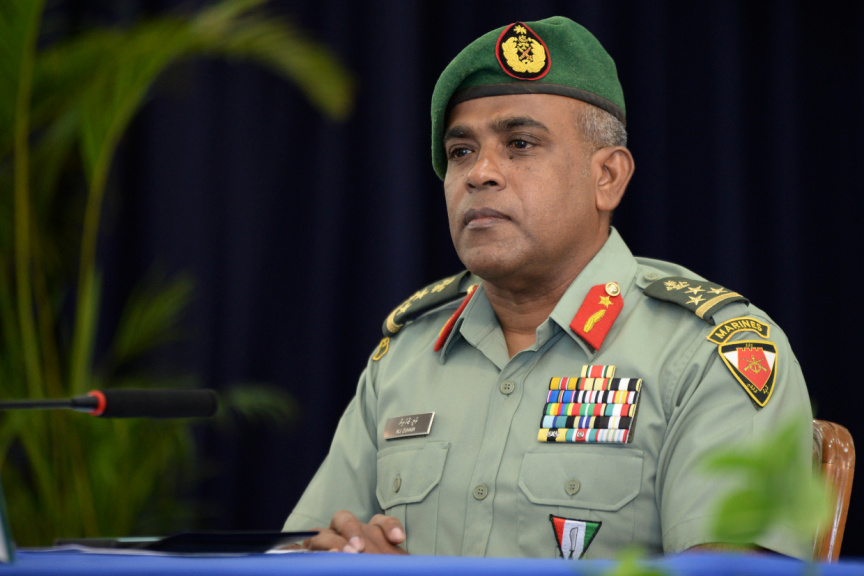 Commander of the Coastguard, Brigadier-General Ali Zuhair, speaks during a press conference held by senior officials of MNDF on June 29, 2019. (Photo/Sun/Ahmed Awshan Ilyas)

Maldives National Defense Force (MNDF) says it plans on installing tracking devices on all marine vessels which operate within Maldives.

Speaking at a press conference by senior officials of MNDF this Saturday morning, Commander of the Coastguard, Brigadier-General Ali Zuhair said discussions were underway on employing technology at hand to increase the security within Maldivian waters.

One of the options, which MNDF has decided to employ, is to install tracking devices on all marine vessels.

“If employed, we can track vessels which are in trouble. We will also be able to cut down the time it currently takes to find missing people and take them to safety,” said Ali Zuhair.

“We are working on installing tracking devises on all marine vessels,” he added.

Ali Zuhair said the MNDF was also working on establishing a mechanism to use satellite imagery to maintain security within the Maldivian waters.

The successful establishment of such a mechanism will increase the efficiency and capability of MNDF considerably, he said.

Ali Zuhair also spoke about the coastal radar network currently being established in Maldives, which he said will be instrumental in maintaining security within Maldivian territorial waters.