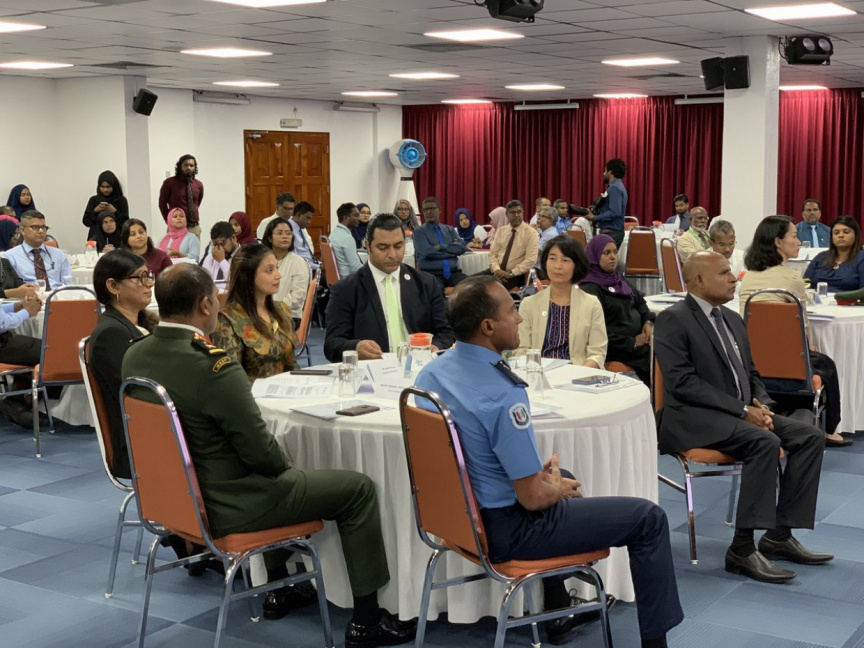 Inauguration of the two-day workshop on the role of religious leaders in preventing and countering extremism held at Islamic Center on June 26, 2019. (Photo/NCTC)

A two-day workshop on the role of religious leaders in preventing and countering extremism has begun at the Islamic Center.

The workshop is being run by the National Counter Terrorism Center (NCTC), in collaboration with Hedayah – a UAE based counter-terror organization and UNDP Maldives.

The workshop was inaugurated by Education Minister, Dr. Aishath Ali this Wednesday.

NCTC reports the topics under discussion at the workshop includes; ways to prevent religious extremism, ways to rehabilitate extremists, and the role of religious leaders in preventing extremism.

She said that the issue also posed a threat to Maldives and should not be ignored.

Dr. Aishath Ali said that it wasn’t just people who are denied sufficient educational or employment opportunities who fall victim to religious radicalization.

“It may be someone who is well educated, employed and who enjoys every civil liberty. Even such people can fall victim to and get brainwashed by people they look up to,” she said.

She said that religious leaders need to come to the forefront in order to counter the threat.

NCTC: Zubair went to Syria with wife and two children

Sofwan resigns ahead of no-confidence vote