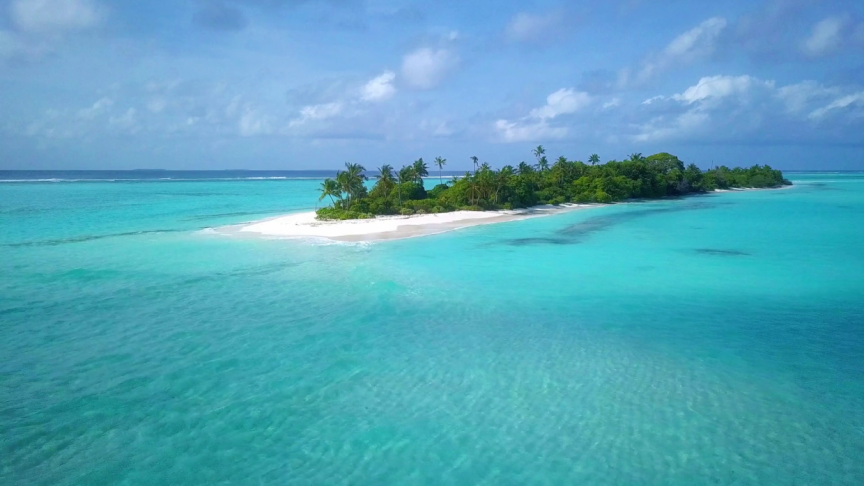 Tourism Ministry has suspended the resort development project in B. Innafushi.

Innafushi is an uninhabited island which lies within the UNESCO Biosphere in B. Atoll. The island was leased for resort development to Seamarc Private Limited on August 7, 2017.

Construction work on Innafushi has yet to be initiated. And Tourism Minister Ali Waheed announced this Monday that the ministry will not extend the construction period for the project which closes on August 7, 2019.

The plans to reclaim land and develop Innafushi as a resort is widely opposed by environmental activists.

Speaking during a press conference this Monday, Minister Ali Waheed said the Tourism Ministry has suspended the project for a review into the concern expressed by environmental activists.

“This doesn’t mean that this administration will leave anyone high and dry. We don’t believe this issue will lead to a dispute and a court battle,” he said.

Ali Waheed said Seamarc has now been informed of Tourism Ministry’s decision to suspend the project.

Seamarc paid Maldives Inland Revenue Authority (MIRA) MVR 1.4 million as acquisition cost for Innafushi. The island was also leased in accordance with the set regulations for submission of proposals.

Minister Ali Waheed all resort development projects will be reviewed by Tourism Ministry in accordance with the current administration’s policy to establish an environmentally protected area in each atoll.

He said the Tourism Ministry will not allow permit for any resort development project which can result in dire environmental consequences.

“Even if there is a strong legally binding contract, the administration will pay the cost necessary,” said Ali Waheed.

Though Innafushi itself isn’t a conservation site, it lies within the UNESCO Biosphere Reserve in B. Atoll. Tourism Ministry has announced it is working on ensuring that B. Atoll – internationally recognized for its unique traits – remains a natural reserve.