Agencies to be questioned by parliamentary committee over Maafushi Prison violence 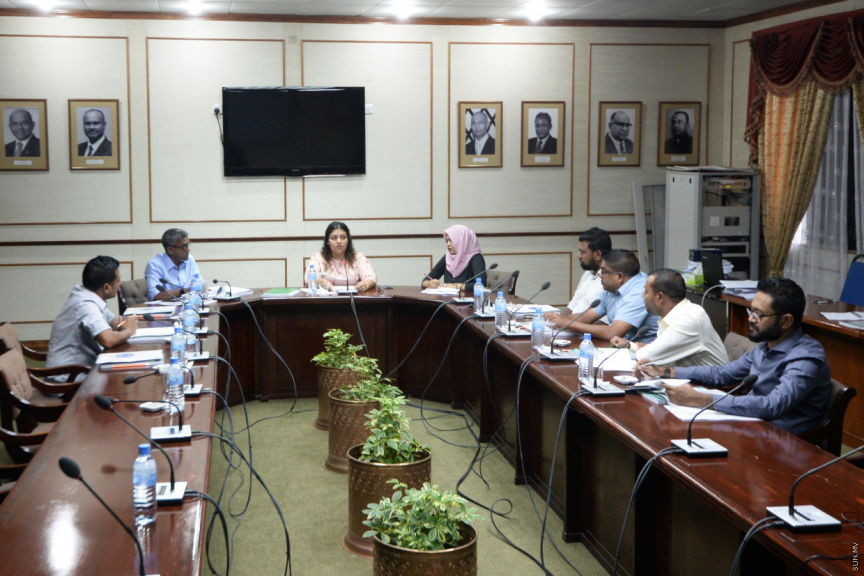 Chairperson of Human Rights and Gender Committee of the Parliament, Hinnavaru MP Jeehan Mahmood (C) presides over the committee's emergency meeting over violence at Maafushi Prison on June 22, 2019. (Photo/People's Majlis)

Human Rights and Gender Committee of the Parliament has made the decision to summon senior officials of relevant State agencies for questioning regarding the excessive use of force by guards at Maafushi Prison which resulted in injuries to inmates.

Excessive force was used on inmates in response to an attack on a prison guard carried out by a sole inmate on Thursday.

Human Rights and Gender Committee convened for an emergency meeting this Saturday morning, during which it made the decision to review the incident, and question senior officials of relevant State agencies for the purposes of the review.

Speaking at the emergency meeting, North Maafannu MP Imthiyaz Fahmy said that findings by the committee must be shared with the Prison Audit Committee.

He said that the incident at Maafushi Prison proved the urgent need to implement the recommendations of the Prison Audit Commission in its audit.

He stressed that the current administration had a zero tolerance policy towards violence.

“And being the recipient of violence while under State custody is especially alarming. Therefore, it is imperative that this is attended to at the earliest and our findings are shared with the committee in charge of evaluating the audit,” said Imthiyaz Fahmy.

Ministry of Home Affairs, in a statement this Saturday, said that the Maldivian administration, did not, in any way, condone the excessive use of force by the prison guards.

It said that the Maldivian administration condemned the excessive use of force, and will conduct a thorough investigation to hold the perpetrators accountable.

“….and we assure the beloved Maldivian people that the administration will make necessary reforms to the prison system to prevent such incidents from happening again,” pledged the ministry in its statement.

Families of inmates report that some of the prison guards forcibly removed inmates from their cells and proceeded to commit acts of brutality such as shaving off their heads, using pepper spray on their genitals, beating them with batons and other forms of torture, following the attack on the guard on Thursday.