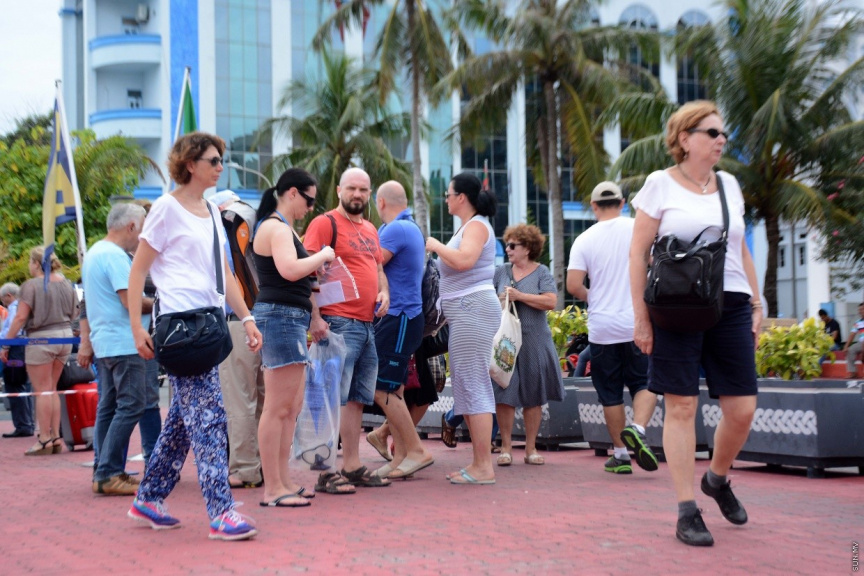 A group of tourists wait at the Republic Square in Male' City to begin a city tour. (File Photo/Sun)

The Maldivian administration is in the middle of revising and modernizing many of the tourism regulations currently in use in Maldives, says Tourism Minister Ali Waheed.

Minister Ali Waheed made the announcement during a press conference by Ministry of Tourism this Thursday.

Speaking at the press conference, Ali Waheed said that the administration was working on bringing order to all affairs related to the tourism sector in time for World Tourism Day, which will be marked on September 27.

He said that the Ministry of Tourism has revised the construction period extension regulation – under which resort developers are granted extensions on their contracts and allowed concessions on lease and fines. He said that a draft of the revised regulation has been sent to relevant State agencies and tourism stakeholders for comment.

Ali Waheed said drafts of the two revised regulations have also been sent to relevant State agencies and stakeholders for comment,

He said that the suggestion was made by Deaf Association of Maldives. And pledged to take the suggestion into consideration in the administration’s vision to build a more inclusive community.

“This means that, for example, an island is getting eroded. It is an environmental crisis. It is therefore this administration’s duty to protect the island before it is completely eroded,” said Ali Waheed, adding that sand mining will be allowed in a way which does not damage the environment of islands.

He said that tourism must be developed using environment-friendly and sustainable methods.