Shahid: Days of isolation, despair has come to an end for Maldives 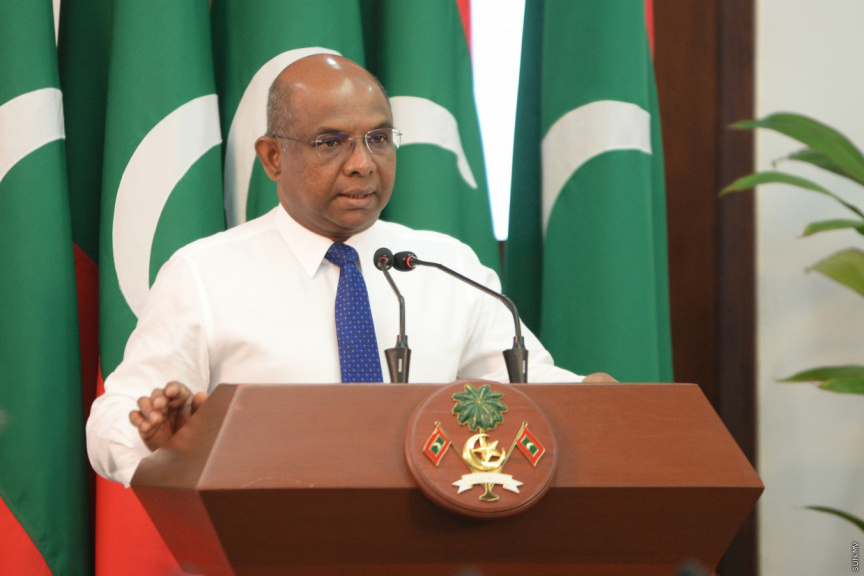 Minister of Foreign Affairs, Abdulla Shahid speaks during the inauguration of the annual Heads of Mission Meeting on June 19, 2019. (Photo/Sun/Ahmed Awshan Ilyas)

The days of isolation and despair has come to an end for Maldives, says Foreign Minister Abdulla Shahid.

Shahid made the remark during the inauguration of the annual Heads of Mission Meeting this Wednesday.

Referring to the 4th Maldives Partnership Forum which concluded last Tuesday, Shahid said that Maldives has successfully restored the tarnished trust the international community has in the country.

“Many of the officials I met at the forum praised his [President Ibrahim Mohamed Solih’s] administration. They said that they, the entire international community, had received indisputable proof Maldives is back in the international arena. That the days of isolation and despair are over,” said Shahid.

He said that the Maldivian administration has successfully proven that they are a team with one voice and one vision.

The current Maldivian administration, since it came to power in late 2018, has restored and reinforced its ties with bilateral partners. It has also filed an official petition to re-join the Commonwealth.