Fayyaz describes questions regarding BIG as that of a “personal” nature 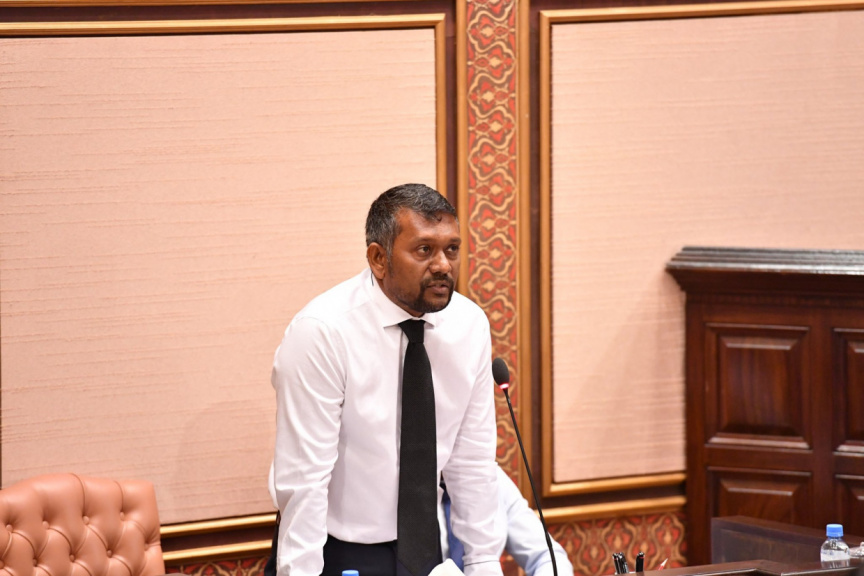 Minister of Economic Development, Fayyaz Ismail answers posed by the Parliament regarding settlement to BIG on June 19, 2019. (Photo/People's Majlis)

Economic Minister Fayyaz Ismail has described the questions directed at him by the Parliament regarding the settlement to Business Image Group (BIG) as questions regarding a “personal matter” and asked whether the Parliament was within its rights to ask such questions.

Kaashidhoo MP Abdulla Jabir, this Wednesday, questioned Fayyaz regarding whether he played any role in influencing the settlement to BIG, given that he had been a former shareholder of the company, and given that his family continues to own shares at the company.

In response to Jabir’s questions, Fayyaz said that he did not believe the questions bore any connection to his responsibilities as Minister of Economic Development.

He pointed out that as per the Parliament’s regulations, a Cabinet minister can only be asked questions regarding his/or responsibilities as a minister.

“These questions are regarding a personal matter. So as per the Parliament’s regulations, I cannot be held accountable for this. But I can here because I believe in freedom of dissemination of information,” said Fayyaz.

Fayyaz went on to detail the link between him and BIG.

Fayyaz said that he had been one of the co-shareholders of BIG when it was first established. He said that he sold his shares and resigned from the Board following the challenges he faced given his position as a senior member of MDP when the first MDP administration fell in 2012.

He said that he had not been privy to the internal affairs of BIG since resignation, but was aware his brother and several of his friends continued to own shares at the company.

“However, I did not influence the award of the settlement to the company in any way. Nor do I have any influence,” said Fayyaz.

He added that during the presidential campaign of 2018, he and other members of the current administration identified that different companies who faced political retribution from the former administration were owed an estimated USD 2 billion by the State in settlements and compensation.

He said that he advocated producing a policy to make the compensations in a way which minimized the burden on the State.

“Now if that can be taken as influence, then I influenced that. But I have always advocated making compensation payments in a way which minimized the burden as much as possible,” said Fayyaz.

Shahid: Days of isolation, despair has come to an end