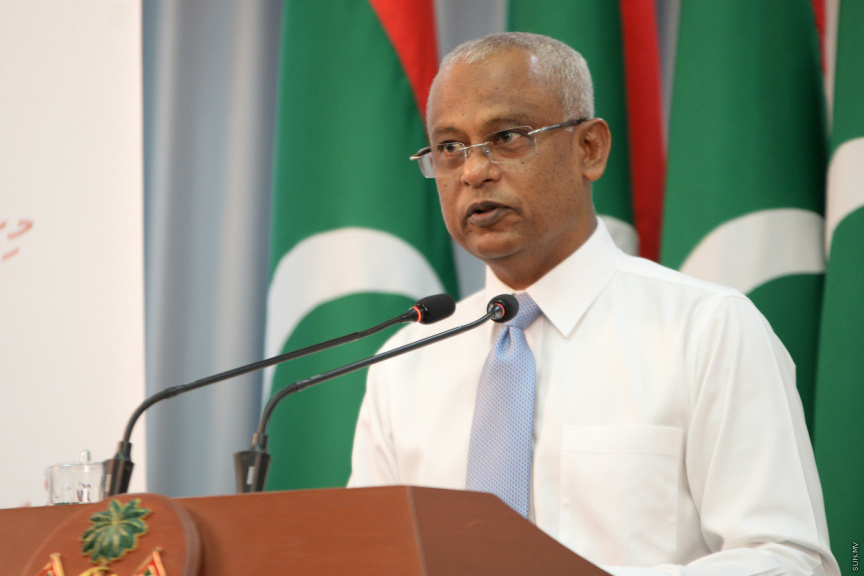 President Ibrahim Mohamed Solih speaks at the inauguration of the annual conference for Maldivian ambassadors on June 19, 2019. (Photo/Sun/Ahmed Awshan Ilyas)

Speaking during the inauguration of the annual conference of Maldivian ambassadors this Wednesday, President Solih said that though Maldives may be small in size, it made up for it through sheer determination and resolve in face of every challenge it has ever faced.

He said that the Maldives, despite its small size, was true to upholding the fundamental principle of upholding the rule of law and establishing justice.

“I believe, the stature of the Maldives within the international community will magnify because of this diplomacy. The effectiveness of this country’s diplomatic policy is its defense,” said President Solih.

He asked the ambassadors to help reinforce ties with bilateral partners, and restore ties which had deteriorated over the years.

“The fundamental principles upon which the Maldivian foreign policy is based on is the protection of human rights of all Maldivian citizens, establishment of a perfect democratic system and economic self-sustainability,” he said.

The President also took note of the increase in tourist arrivals and investments in the tourism sector. He said that there was still much work to do to improve the status of the country.

He said that the ambassadors had a key role to play in realizing the administration’s Jazeera Raajje manifesto.

“The task of the Maldivian diplomatic mission is to find ways to realize the Jazeera Raajje manifesto. And to negotiate with foreign countries and find development partners who can assist Maldives deliver the benefits of development projects to our people,” said President Solih.

He said that restoring the reputation and image of Maldives was key to boosting foreign investments and tourism.

Nasheed: An order against Majlis is against the people