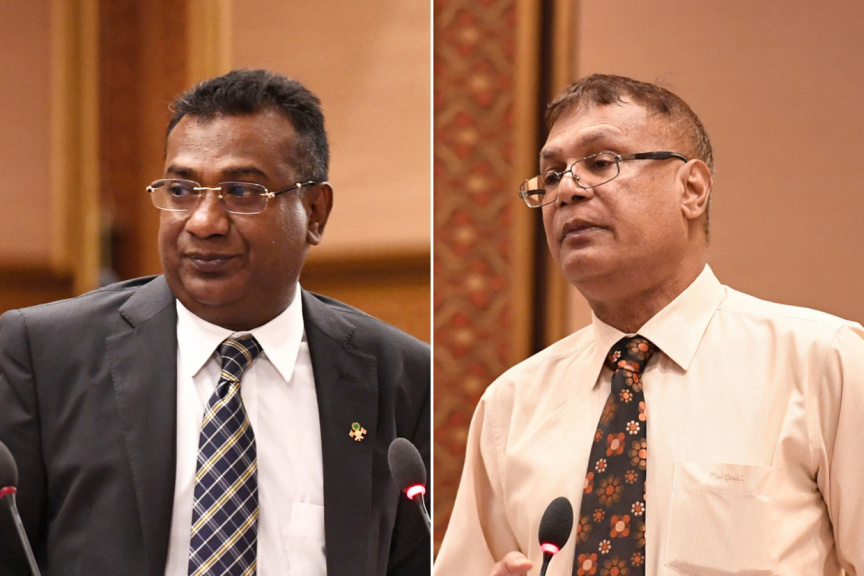 19th Parliament is having their sixth sitting this Tuesday.

Parliament's Speaker, President Mohamed Nasheed said MP Ibrahim Shareef has been most involved in the debates so far in the parliament. He said that the member took part in the debates a total of 14 times.

The Speaker also observed that MP Abdulla Jabir is the member that has so far been the second most engaged in parliamentary debates. He said that MP Jabir took part in the discussions a total of twelve times.

Most involved MP Shareef and the second most involved member MP Jabir has a strong rivalry going on between the two in the Parliament. Jabir and Shareef have attacked each other with words during all the sittings of the parliament.

During a sitting of last week, Jabir used inappropriate wordings to respond to MP Shareef.