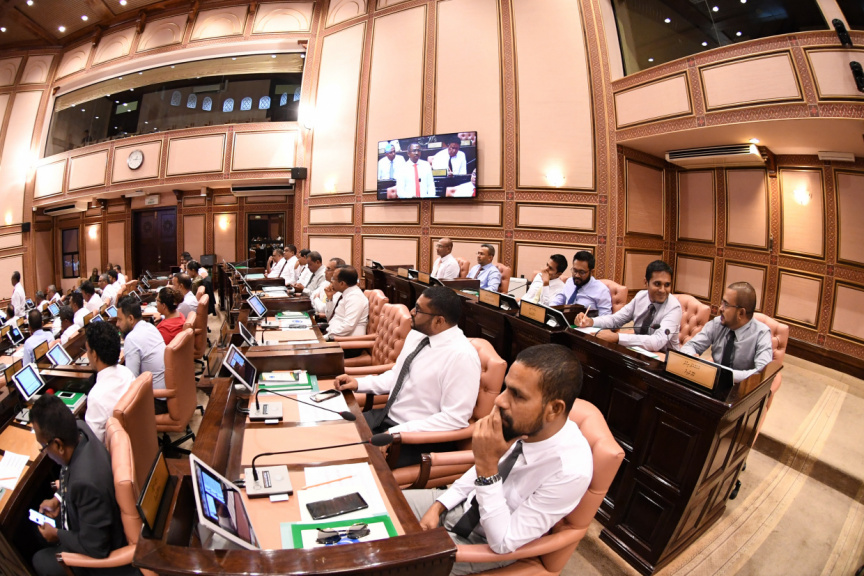 Parliamentarians pictured during a sitting of the Parliament. (Photo/People's Majlis)

The Parliament, this Tuesday afternoon, voted on the composition of the Parliament’s committees, effectively handing ruling Maldivian Democratic Party (MDP) control over all 17 of the permanent committees.

Jumhoory Party (JP) and Progressive Party of Maldives (PPM) will have been allocated 10 slots (six percent) each.

In addition, eight out of the 13 members at the National Security Committee (241 Committee) – which is empowered under the Maldivian Constitution – will be MDP parliamentarians. Every other party and independent members will receive one seat each at the committee.

The seat allocation passed with the unanimous consensus of all 80 parliamentarians present during the sitting.

The vote was taken after the Parliament passed an amendment to allocate a seat for each party and a seat for independent members in addition to MDP members at the Disciplinary Committee – increasing the total seats at the committee to 13.