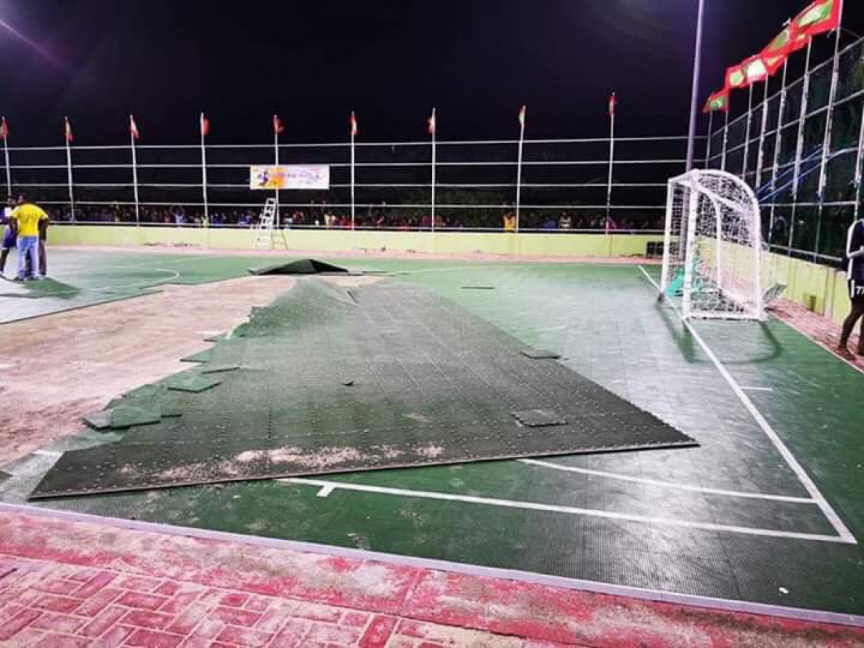 H. A. Dhidhdhoo futsal field damaged in a brawl between two opposing teams in the middle of a football match on June 10, 2019. (Photo/Twitter/Jazeera Habaru)

The futsal field in H. A. Dhidhdoo has been damaged in a brawl which erupted between two opposing teams in the middle of a match last Monday night.

The brawl has taken place in the middle of the match of the Dhidhdhoo Council Tournament which began at 11 pm on Monday.

Maldives Police Service reports the brawl involved both players and supporters of the two teams.

The futsal pitch was torn apart and chairs destroyed in the brawl.

No suspect was arrested in connection with the case, and Maldives Police Service reports it maintained security at the futsal field to prevent any further violence.

'Target is to open junior college in Dhidhdhoo in '23'

Woman dies from COVID-19 in Dhidhdhoo