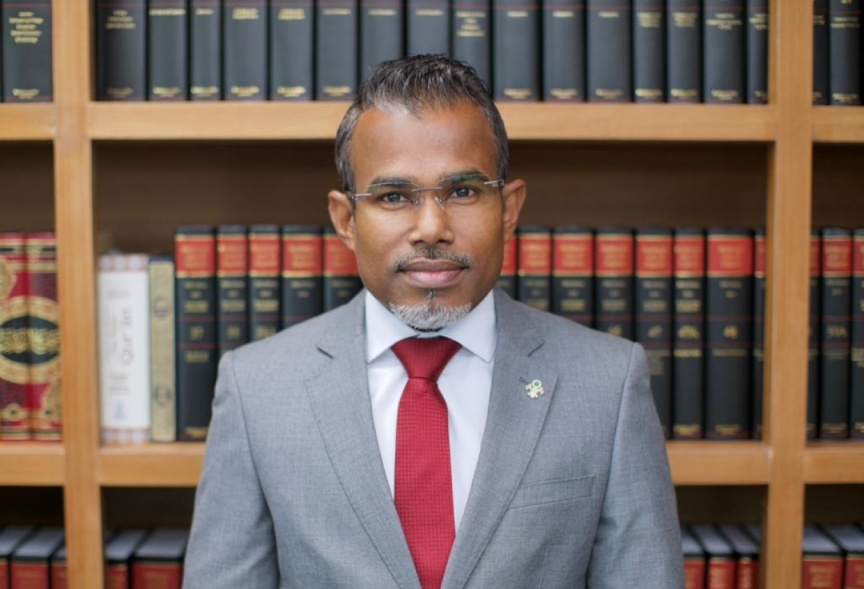 Attorney General of Maldives, Ibrahim Riffath has been accused of lobbying Maldives Inland Revenue Authority (MIRA) to forgive millions in tax debt due from Indian company, GMR, which once ran the Velana International Airport (VIA).

Previous information leaked to the press shows GMR owes the State USD 14.4 million in business profit tax, USD 2.8 million in withholding tax, and USD 3.3 million in fines for failure to pay the tax.

The total amount owed by GMR stands at over USD 20 million.

GMR won a case against Maldives over the unlawful termination of its contract to run VIA with the Singapore International Arbitration Center and was awarded with USD 271 million as compensation.

In face of the dispute, MIRA sought assistance from the Attorney General’s Office, which determined that GMR must settle its tax debt.

A reliable source has confirmed to ‘Sun’ that AG Ibrahim Riffath, since assuming office in late 2018, has been lobbying with MIRA to forgive GMR’s tax debt. The source also confirms that MIRA has been refusing to forgive the tax debt.

‘Sun’ was unable to obtain a comment from the AG regarding the accusation as he did not immediately respond to phone calls and text messages asking for a comment.

Riffath has been one of the attorneys who had represented Maldives in the GMR arbitration case.

He took to Twitter earlier in May to refute a wave of corruption allegations against him.

“I never asked for illicit enrichment nor benefited from corrupt deals in my career. Left my private practice to serve the people. I always strive to discharge my duties honorably. Allegations of corruption made against me are untrue. I will protect public coffers from corruption,” said Riffath, after he was accused of making deals with private companies to influence large settlements in their favor.

Two of the cases which Riffath is accused of influencing is the MVR 348.10 million Dheebaja settlement case; and MVR 22.7 million CGT Private Limited settlement case.

Solih: Afeef is most eligible to be Speaker