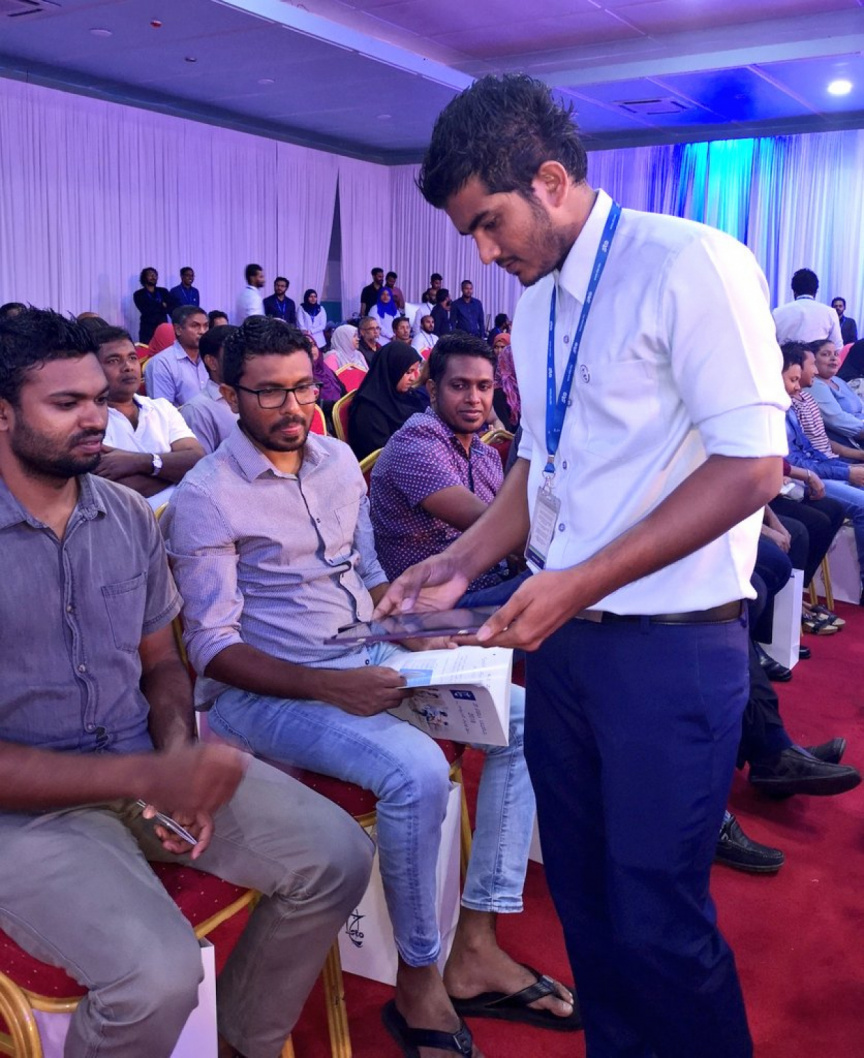 Shareholders of State Trading Organisation (STO) voting during the Annual General Meeting of the company held at Dharubaaruge, Rannabandyeri Maalam on May 16, 2019. (Photo/STO)

State Trading Organization (STO) have passed the proposal of MVR 58 per share as 2018's divident payout.

The proposal of, a dividend payout of MVR 58 per share was passed by the approval of 99.80 percent shareholders within the 504 shareholders who took part in the vote during the Annual General Meeting of STO held at Dharubaaruge, Rannabadeyri Maalan last Thursday night.

While a dividend payout of MVR 58 had been approved, the company generated a net profit of MVR 80 million after deducting for taxes.

Financial records of 2018 released by STO shows that that there was a seventeen percent increase in the profit generated in 2018, compared to the previous year.

Statistics shows that the profit generated by the sales of fuel increased by 47 percent.

Financial reports of 2018, the audit report and the agenda of AGM of 2017 were also passed in the AGM of last Thursday night.

Maldivian Government owns 81.63% of the shares of STO with the rest 18.37% being held by the general public.