Saleem: Upgrades underway to improve quality of services at IGMH 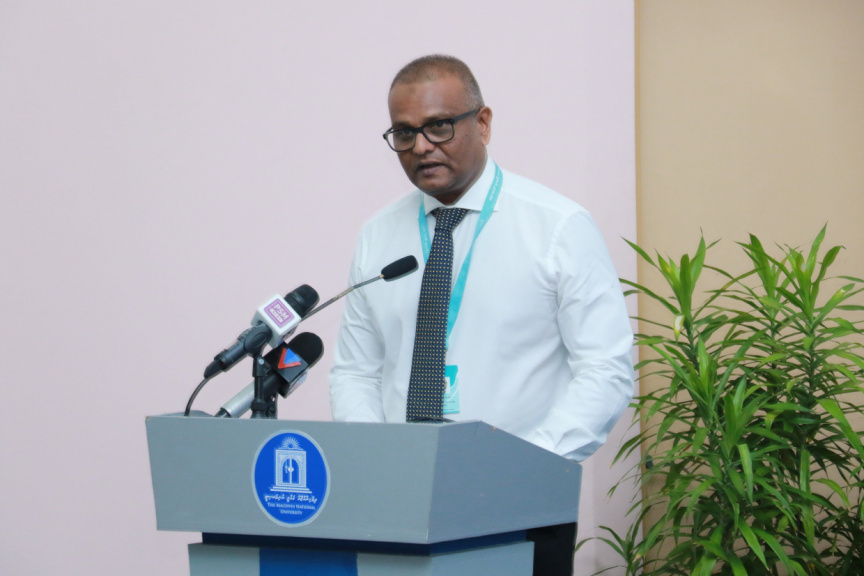 Multiple efforts are being made to improve the quality of services and facilities at Indhira Gandhi Memorial Hospital (IGMH), says CEO Ibrahim Saleem (Kuda Bandhey).

The remark comes amid a wave of public criticism against the State hospital.

Speaking to ‘Sun’ this Thursday, Saleem said that no service at IGMH has seen a decline in quality. He said that the quality of services has improved, and that efforts were being made towards further improvement.

Saleem pointed out that IGMH is the only hospital in Maldives which provides full coverage under the State’s health insurance scheme, Aasandha. Approximately 4,000 patients receive services from the hospital per day, said Saleem.

“Even if we take a look at the lab services here, tests prescribed by other clinics and hospitals are done here. A machine or some other facility is prone to damage since we serve such a high volume of patients. But we work to fix it,” he said.

AIR CONDITIONING SYSTEM TO BE REPAIRED NEXT WEEK

The biggest concern being raised by the public is the delay in repairing the air conditioning units at the hospital’s Emergency Room, which have been under repair for nearly two months.

Saleem said the air conditioning units had broken down due to lack of maintenance work carried out over the past years.

“Several of the ACs had been broken down when I took over. In Sha Allah, we will be able to fix the issue with the air conditioning within the coming week,” said Saleem.

He said that the products needed to repair the air conditioning is not available for purchase off-the-shelf or locally – resulting in the delay.

WARDS TO BE AIR CONDITIONED

CEO Saleem says the hospital is running multiple upgrade projects including installation of air conditioning units at the wards – which is currently cooled using only fans.

“Overheating at the wards is major public complaint. We have begun installing ACs,” said Saleem.

He noted that concern has also been raised over the noise during the installation and maintenance process.

“During daytime, it’s very congested and hectic. So how can we carry out maintenance? The option left is to carry it out during night time once the people thin out,” said Saleem.

Saleem says the hospital has repaired the water damaged toilets at the IGMH – another major issue which had drawn public criticism.

“We spent approximately MVR 400,000 to repair and retile the toilets, and at great difficulty,” said Saleem.

Saleem said that in addition to being repaired, the toilets are also cleaned more frequently in order to maintain hygiene.