IGMH in need of emergency treatment! 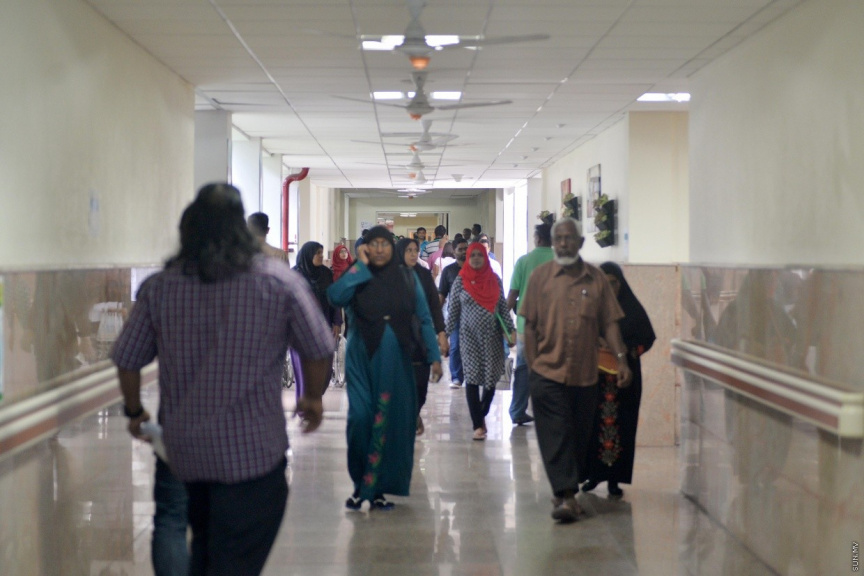 “I went to IGMH to take an x-ray and it took three whole hours. The staff are inattentive to the needs of the patients. The situation is worse than before. The whole place is impossible,” said a Maldivian citizen who went to the State hospital for an x-ray two weeks back.

“Maintenance work [in] progress in IGMH. When all the patients are asleep! What can we do? This can be done at daytime can’t it?” said a man who took to Twitter to voice his frustrations last Tuesday.

The timestamp on the tweet shows it was made near midnight.

Another citizen took to Twitter to voice frustration over all hospitalized patients being allowed only one pillow due to a shortage of pillowcases at the hospital.

These complaints have once again become the daily life of Maldivian citizens. IGMH itself, seems to be in more need of medical attention than the patients who visit the hospital.

AIR CONDITIONING AT ER UNDER REPAIR FOR NEARLY TWO MONTHS

The air conditioning units at IGMH’s ER have been under repair for nearly two months. When the ER – which has a high daily patient turnover – becomes an oven, it increases the pain and misery of the patients instead of providing them with relief. But the situation remains unresolved, two months on.

Ali Shiyam says he has no involvement in the day to day running of the hospital, but is only in charge of making arrangements required by the hospital from the State.

He says that despite the complaints, the current conditions of IGMH is better than the conditions before.

“It has been three months and you have yet to manage to repair the AC at IGMH’s Emergency Room. And he seems not to have any knowledge of hospitals and health centers in the islands,” wrote a citizen in a tweet directed against Minister Ameen.

The people’s concern is that the facility where they need to receive medical care is far from being up to par. The people are not willing to accept it takes months to repair an air conditioning system.

SEEKING BUT NEVER REACHING A SOLUTION

In response to public complaints, the media officer at IGMH, Mohamed Mufeed says that the hospital is seeking solutions to the issues. A solution remains to be reached. Any the effort to reach a solution has yet to cool the hospital’s ER to a bearable temperature.

Addressing the complaint over lack of hygiene, Mufeed says the hospital is cleaned on a daily basis. He said that hygiene was a top priority, but made no further comment.

“Sun” called IGMH’s CEO, Ibrahim Saleem (Kuda Bandhey) for a comment regarding the issue. He did not pickup, but responded with a message asking to call back at a later time as he was busy.

The people of Maldives seem to have time travelled back to seven years ago when the conditions at IGMH were at its poorest. IGMH is once again on the gurney. The State hospital IGMH needs some emergency treatment before it crashes in face of massive public disapproval.

Smoking to be prohibited on roads of Male'