Azim: MWSC flats were a trick played on staff 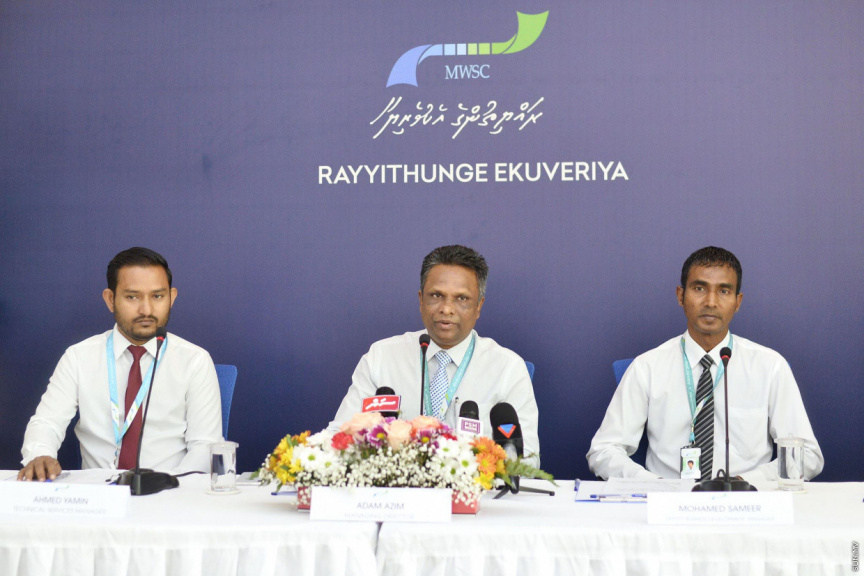 Managing Director of Maldives Water and Sewerage Company Adam Azim has stated that the staff flats of MWSC was a tricked played by the former government on the staff of MWSC.

Construction work of the 15 stories high two towers for MWSC staff under the “Hiya” program of former government, was started on last year February.

Speaking in the “FalaSuruhi” program of RaajeTV Azim stated that even though the former government signed the agreement to construct two towers, it has been decided that only one tower will be built as the staff did not support the idea of two towers. He said that the construction work of two towers were decided without any plan to take advantage of the citizen.

“It was for the presidential elections campaign. They had no fund. They took money from the staff of MWSC as advance money and built the foundation. MWSC does not have enough fund to finish the construction of the whole building. So, this was a trick played by the former government on the staff,” said Azim.

“I shouldn’t say that I will give a salary of MVR 1 lakh for all the staff when its time for the election. I could say so. This a situation like this,” Azim stated.

Azim also stated that the staff of the company does not have enough money to buy a flat and that they cannot afford a bank loan either as their salary does not reach the required capacity.

“the staff does not have the capacity to pay such a big loan. This is a deliberate trick played on the staff,” stated Azim.

Azim noted that the plan of the ongoing government is to lower the price of the flats and make it so the staff can pay the money monthly. He said that he would everything in his power to make the project a reality.

The former government signed the agreement to construct the flats with the Chinese company 23rd Metallurgical Construction Group Co Ltd of Minmetals.

Speaking in the inauguration ceremony of the project, former Managing Director of MWSC stated that the two towers will have a total of 384 apartments – one room, two rooms and three rooms apartments. He said that the flats will be able to accommodate 50 percent of the 700 staff of MWSC.