Court extends remand of one held in 149 kilo drug bust 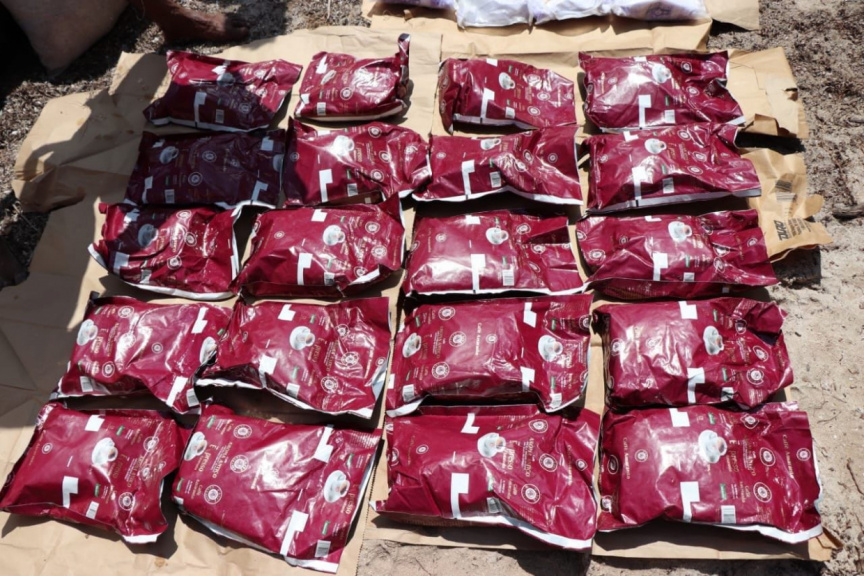 Gadhdhoo Magistrate Court has extended the remand of one of the suspects arrested in connection with the 149 kilos of drugs found buried at an uninhabited island in G. Dh. Atoll to seven more days.

The 72-hour-long joint operation by Criminal Investigation Command, Division Policing Command and the Drug Intelligence Unit - run in late April - had involved tracking the drugs from the point it entered Maldivian waters on board a foreign ship to its transfer to a speedboat and to its transport to an uninhabited island where it was buried.

The street value of the drugs is estimated to be above MVR 260 million.

Maldives Police Service reports that the court granted a seven-day extension to the remand of the fifth suspect when he was brought before the court last Thursday, May 9.

The agency recently captured an Iranian ship with upwards of 51 kilos of drugs in another major drug operation. The ship was captured 126 nautical miles to the west of B. Atoll, on Monday, May 6. Seven people on board the ship have been detained.