51 kilos of drugs found from Iranian ship, count expected to go up 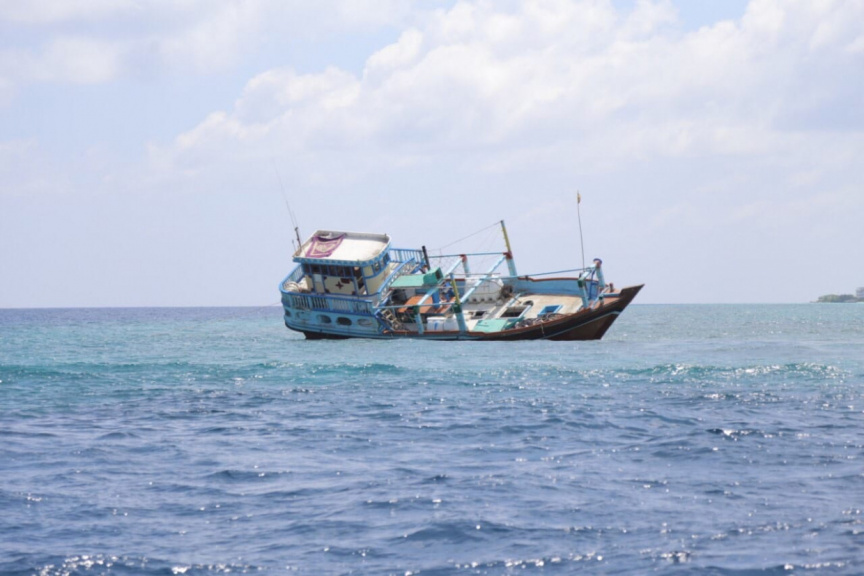 Iranian ship captured trafficking drugs within Maldivian waters on May 6, 2019 lays wrecked on a reef off the coast of K. Vilingili. (Photo/Maldives Police Service)

Maldives Police Service has so far found 51 kilos of drugs from the Iranian ship captured from Maldivian waters for trafficking drugs, and the count is expected to go up as officers continue their search operation.

The ship was captured and seven suspects on board the ship arrested in a joint operation run by Maldives Police Service and Maldives National Defense Force (MNDF) from 126 nautical miles to the west of B. Atoll, on Monday, May 6.

The ship was being transported to Male’ City when it wrecked on a reef off the coast of K. Vilingili.

Maldives Police Service is currently working on removing the ship from the reef with the assistance of MNDF, but reports that the search operation on board the ship is being continued regardless.

Izmia said that the drugs were found hidden inside the ship itself which has been built with an additional layer of fiber.

She said that officers are continuing the search operation on the high possibility of additional drugs being hidden inside the ship.

Minister of Home Affairs, Sheikh Imran Abdulla and senior officers from Maldives Police Service and the Coastguard held a meeting for a briefing on the progress of the search operation last Tuesday.

The seven suspects arrested from the ship have been remanded to seven days at a detention facility.

High increase in cases of chikungunya and dengue