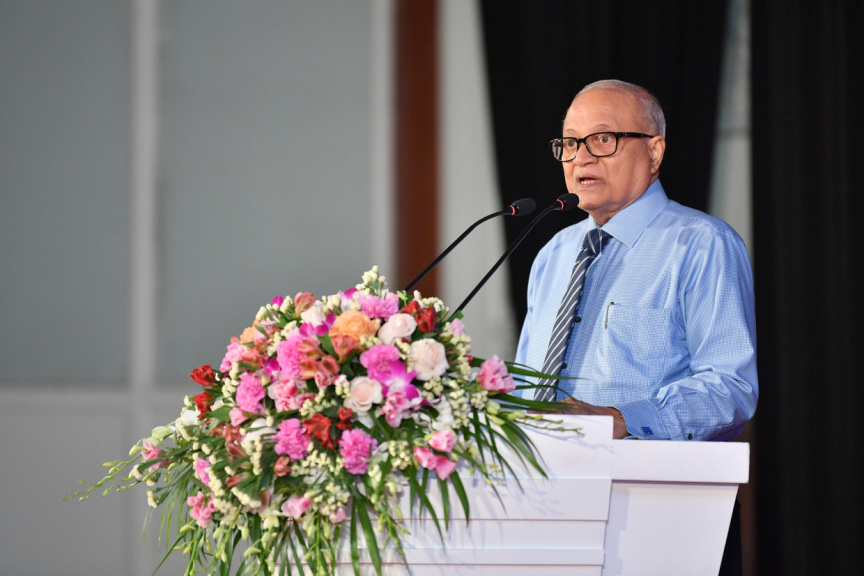 The State organized Ihya Forum for this Ramadan is scheduled to begin with a lecture by former Maldivian President Maumoon Abdul Gayoom this Thursday night.

Ihya Forum – a series of Islamic lecture forums held biweekly throughout Ramadan - was introduced in 1980 during Maumoon’s administration, and the tradition has been followed by every Maldivian administration which has come to power ever since.

Ministry of Islamic Affairs confirms the first lecture of Ihya Forum 1440, scheduled to be held at Islamic Center at 9:30 pm this Thursday, will be delivered by Maumoon – who in addition to being a politician is also an Islamic scholar.

The event will mark the first time for Maumoon to lecture at a State-organized Ihya Forum in five years. He last lectured at the forum in 2014, in the early days of former President Abdulla Yameen Abdul Gayoom’s administration.

The Maumoon Foundation set up by the former President holds its own Ihya Forum during Ramadan. The foundation’s forum will be held on May 14, May 21 and May 28 at the Islamic Center this Ramadan.

Generator which malfunctioned in Hulhumale' is fixed