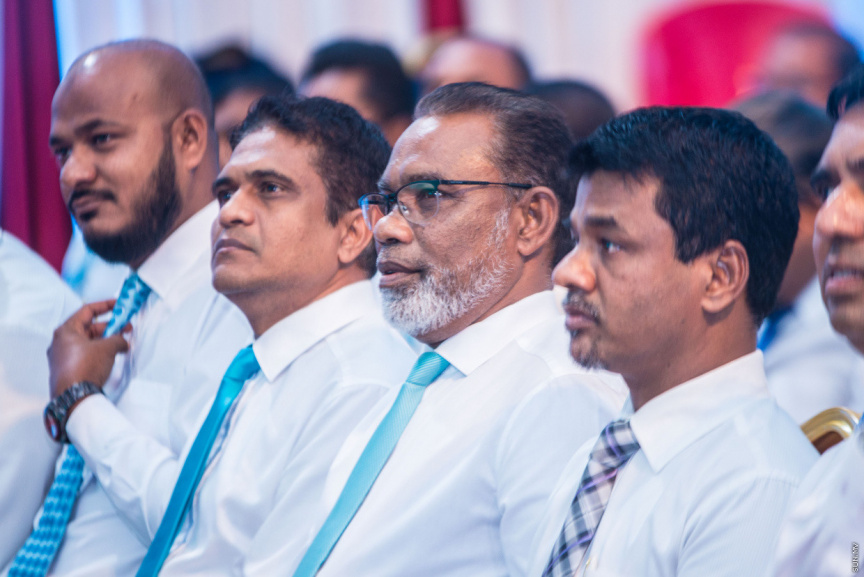 Leader of opposition party, People’s National Congress Abdul Raheem Abdulla stated that PNC will be the leading party of Maldives.

Speaking in the closing ceremony of their congress held at Billabong High International School on last Saturday night Adhurey stated that in Maldivian political arena “the voice of PNC cannot be shut” and that PNC will be the decision-making party of the Maldives. He also stated that PNC would hold the government accountable for their actions, bring color to the hopes of the citizens and give them a chance for a better future.

“We will say what has to be said. We will do what has to be done. Their will be no hesitation. I have no doubt about congress party becoming the governing party of Maldives,” stated Adhurey.

Adhurey stated that the former President of Maldives Abdulla Yameen Abdul Gayyoom is the real leader of the party as PNC was born with his beliefs.

He said that Yameen is an expert in establishing political parties and played the highest role in the establishment of Dhivehi Rayyithunge Party (DRP), Progressive Party of Maldives (PPM), People’s Alliance (PA) and People’s National Congress (PNC). Adhurey said that he believes that President Yameen will be a member of PNC in the future.

“PNC is the party President Yameen will be in the future. This is the party he adores the most and put most of his efforts into,” stated Adhurey.

During his speech Adhurey noted that PPM and PNC are two parties that cannot be broken apart. He said that even the opposing parties cannot ruin the relationship between two parties. He also criticized the former President Maumoon Abdul Gayyoom in his speech.