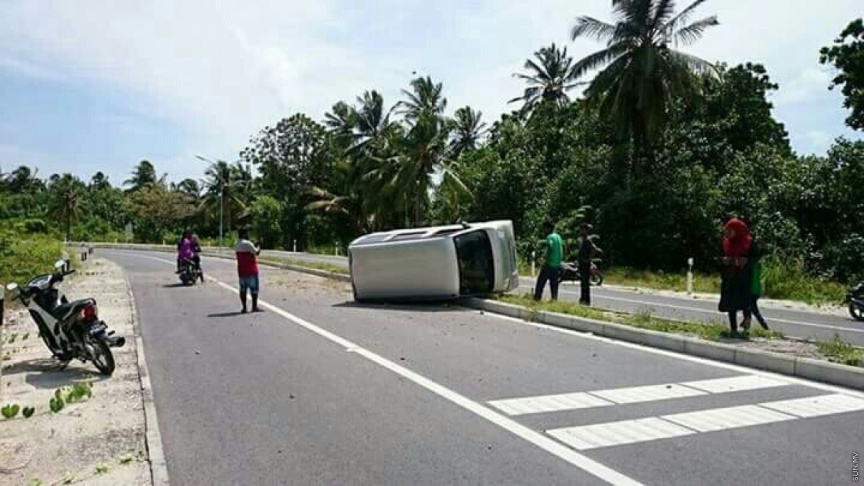 File photo of a traffic collision on the Addu Link Road. (File Photo/Sun)

A motorcyclist has been reported dead following a traffic collision on the Addu City Link Road this Tuesday.

The traffic collision took place between a van and a motorcycle near the waste disposal area.

The victim has been identified as a 35-year-old male, the Manager of Waste Management Corportation (WAMCO)’s Addu Branch.

Maldives Police Service says the collision was reported to the authority at 2:02 pm.

Manager of Hithadhoo Regional Hospital, Ali Moosa reports the man was brought into the hospital at 2:30 pm. And was already deceased when he was brought in.

“He was brought in to the hospital at approximately 2:30 pm. Doctors confirms he had already passed away,” said Ali Moosa.

Maldives Police Service reports the collision is under investigation by the authority.