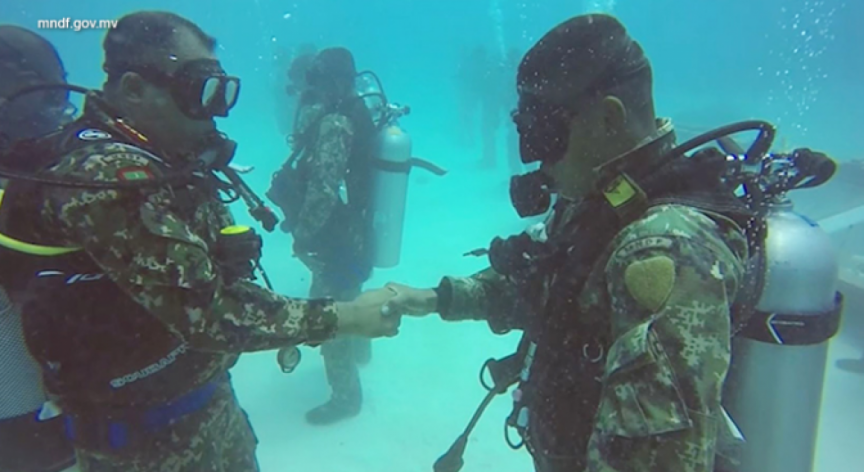 The graduation ceremony was held this Thurday in MNDF Girifushi Training center.

The course was held by MNDF in collaboration with foreign defense forces in according to international standards to English Medium.

Minister of Defense Maria Ahmed Didi was the guest of honor of the ceremony and took the pleasure of handing over awards and certificates to those who won different positions in the course.

Basic Diving Course of Coastguard was held for 16 weeks starting from the 14th of this January.

A total of 21 students took part and 19 completed the course.