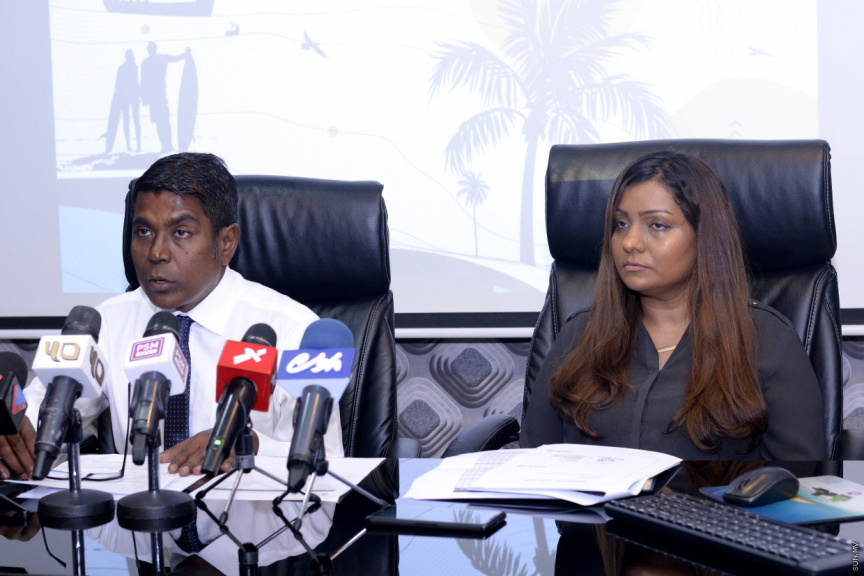 Maldives Marketing and Public Relations Corporation (MMPRC) states that it has completed payment on MVR 5 million debt owed by the company.

Speaking in the press conference held by MMPRC this Thursday, Managing Director of MMPRC Thoyyib Mohamed stated that the company cleared the MVR 5 million under the rule of the new Maldivian administration.

He also noted that they have decided to case files against those who owe money to the company and have yet to pay.

MMPRC reports the budget will be utilized to run multiple new pormotional activities planned for the current year.

Travel and Trade Fairs, Road Shows and Fame trips are planned to be held this year.

Maldives have taken part in 11 fairs so far into the year. A road show and Fame Trip has also been held this year.

Moreover, one seminar from seminars and network trips aimed at guesthouses has been held so far.

MMPRC states that the marketing plan drawn for this year by dividing the market into three categories took in to consideration advice from stakeholders of the market and market researches.

Under the primary strategy, Maldives will be advertised in the highest tourist markets as a luxury market.

Secondly, the guesthouses will be promoted under the secondary strategic plan.

Maldives would be advertised to the budget travelers under the third strategic plan.

MMPRC informs that they have planned to take part in a total of 37 fairs and road shows to promote Maldivian tourism.

In addition to advertising Maldives in the upcoming Arabian Travel Market, discussions are being held to advertise Maldives in 433 screens in the Dubai Mall.

MMPRC also noted that discussions are being held with BBC, CCN, NGC to hold media campaigns of Maldives in the UK. The campaigns to advertise Maldives will be done in collaboration with the media with the best proposal. Moreover, Maldives will also be advertised in the metro stations.

Public Relations officials who will be working in a retina basis have been stationed in Australia, China, France, Germany, India, Middle East, Russia, South Korea, UK, South-East Asia and America to promote Maldives. PR representatives are planned to be taken from more countries.

MMPR states that they will be able to bring more than the aimed 1.5 million tourists to Maldives this year.