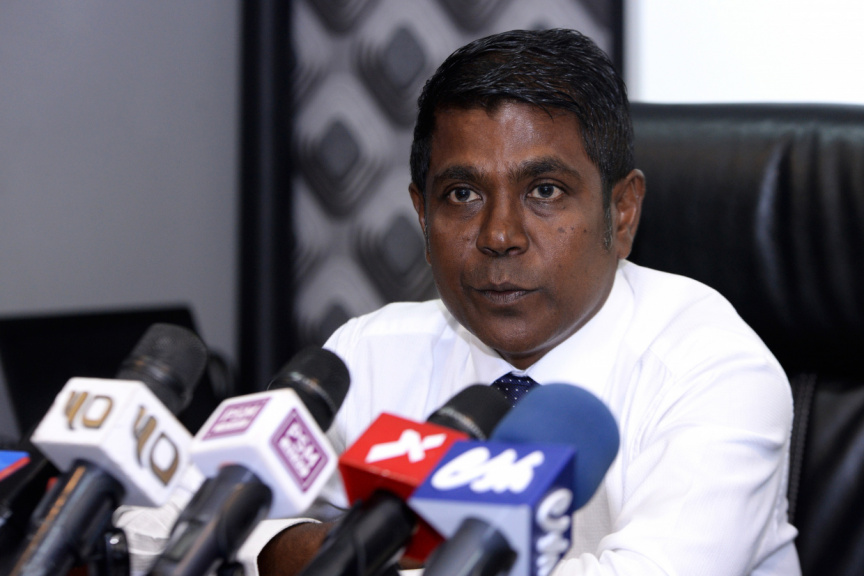 Maldives Marketing and Public Relations Corporation (MMPRC) – which has been linked to the biggest graft scam in the country’s recent history – has requested the President’s Office for a name change.

Speaking during a press conference this Thursday, Managing Director of MMPRC, Thoyyib Mohamed announced that the BOD or the corporation has sent a formal request to the President’s Office asking for a name change, along with several suggestions as to the new name.

Thoyyib, however, did not disclose the names the corporation has suggested for its name change.

He said that the MMPRC had stopped using its name for promotional and marketing work, and was using the slogan “Maldives the Sunny Side” instead over the bad publicity associated with the corporation’s name.

MMPRC graft case involves the former Vice President and Minister of Tourism, Ahmed Adeeb Abdul Gafoor and former Managing Director of MMPRC, Abdulla Ziyath. Investigations to discover the true extent and more perpetrators of the graft scam continues. Anti-Corruption Commission (ACC)’s investigative report on the case places the amount of funds embezzled from MMPRC which have yet to be recovered at USD 65.4 million.