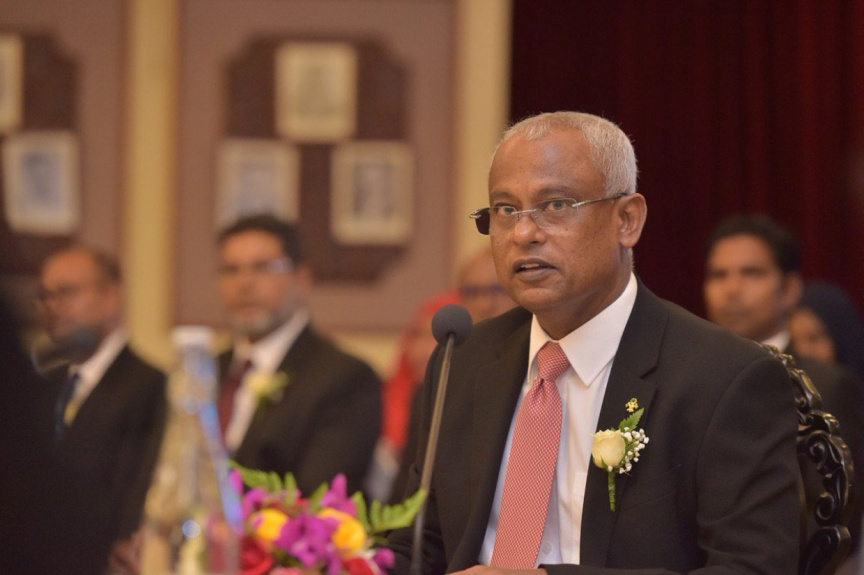 Corruption has taken root within the Aasandha health insurance scheme to such an extent that it is impeding the development of the nation’s health sector, says President Ibrahim Mohamed Solih.

He made the remark during his speech at the inauguration of the Former Maldivian Health Ministers’ Summit held at Bandos Island Resort this Thursday morning.

“As the State provides healthcare free of charge to the citizens, corruption has taken deep root within Aasandha. This has led to gross wastage of funds from the State budget. This, too, needs a solution as we discuss challenges developing the healthcare sector,” said Solih.

The President said that members of the general public could play a huge role in stopping the acts of corruption which takes place within the Aasandha system.

Aasandha, on April 1, introduced the Merana scheme, a health insurance scheme for Maldivians who reside in Sri Lanka, India and Malaysia.

The President, in his speech, urged Maldivian citizens to be responsible in making use of such schemes.

He also addressed the challenges faced by health centers in obtaining the basic resources and facilities.

“You need to go through so much steps and write letters to so many agencies before you can even one tablet of Panadol or one IV bag needed by a health center. And that too after so many days. There’s evidence to suggest corruption exists in each of these steps,” he said.

"Action needed against those who ran anti-campaigns"