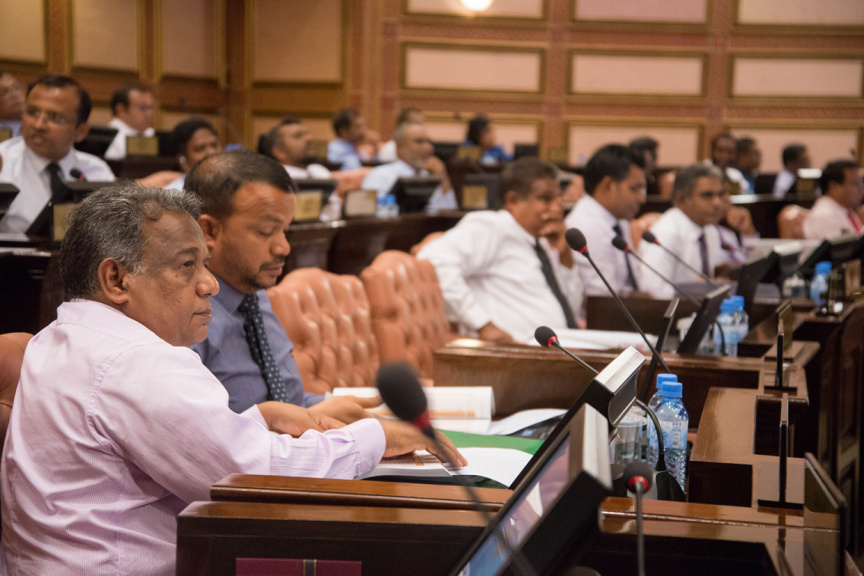 Parliament has voted in approval of the legislature designed to award all former Vice Presidents of Maldives with a monthly allowance of MVR 35,000, as long as they have not been sentenced for a criminal offense.

The legislature, submitted by Eydhafushi MP Ahmed Saleem (Redwave Saleem) passed with the vote of 32 lawmakers during the Parliament sitting this Wednesday afternoon.

12 lawmakers had voted in disapproval of the legislature.

The five-member interim committee set up to evaluate the legislature had added two provisions to it. They are that:

Former VP Ahmed Adeeb Abdul Gafoor, the second VP during former President Abdulla Yameen Abdul Gayoom’s administration, is currently serving a prison sentence and will not be eligible for the allowance.