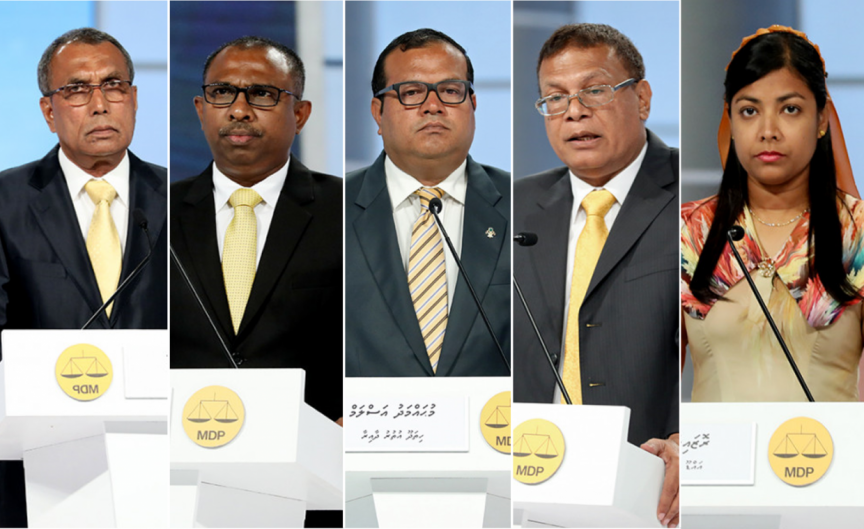 Multiple lawmakers from ruling Maldivian Democratic Party (MDP) elected to the 19th Parliament have expressed interest in the position of Speaker of the Parliament.

Maradhoo MP Ibrahim Shareef has also joined the fray with his recent expression of interest in the position.

MDP is scheduled to hold an internal vote to select its nominee for the position of Speaker ahead of the inauguration of the 19th Parliament.

Speaking in an interview to RaajjeTV last Tuesday night, Rozaina said she believes the MDP parliamentary group should hold a secret ballot to select its nominee to the position of Speaker.

Her comment has sparked a social media debate among members of the general public, and has been opposed by several of MDP’s own lawmakers.

Those who have voiced against holding a secret ballot include North Maafannu MP Imthiyaz Fahmy (Inthi).

Inthi tweeted that MDP’s parliamentary group had never before held a secret ballot to select its nominee for the position of Speaker of Parliament.

He expressed concern a secret ballot may lead to vote selling.

Eva stressed that the MDP’s legislative agenda, Agenda 19 itself advocated transparency in all Parliament- related affairs.

“MDP whipline for Majlis Speaker/Deputy Speaker must be held openly. In the 10 years I’ve been a MDP MP, we’ve never used a secret vote to decide how we’d cast our votes in Parliament (our whiplines). #Agenda19 advocated for a more open Majlis; we can’t start with more secrecy,” said Eva, in a tweet.

Rozaina has responded by tweeting that the purpose of a secret ballot to select officials to high-level State positions was to ensure the vote is free from influence. And to ensure that the person who wins the vote does not take discriminate against those who voted against the person for retribution.

She also added that anyone who buys their votes would not want a secret ballot, but to identify who cast their vote in accordance with their mutual agreement.

She also pointed out that MDP never had so many lawmakers interested in the position of Speaker and Deputy Speaker of Parliament, and said that a secret ballot may be the most ideal based on that factor alone.