Maldivian to cease use of single-use plastics by 2020 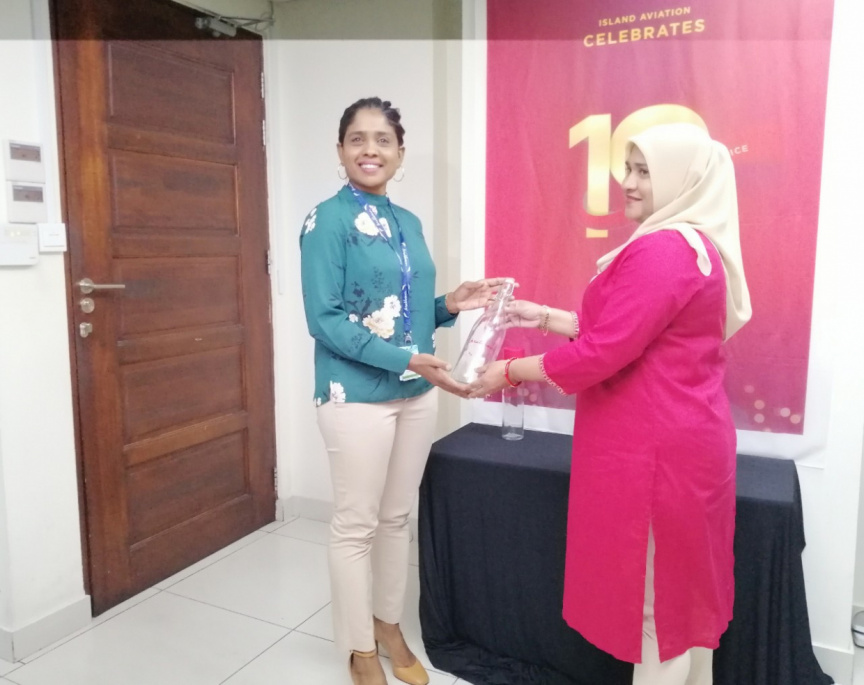 Deputy Managing Director of Island Aviation, Aishath Jennifer (L) during the ceremony held to introduce glass water bottles inside all of the company's board rooms on April 14, 2019. (Photo/Sun)

Island Aviation has announced it plans to cease the use of single-use plastics by the year 2020.

Speaking during a function held this Sunday morning to mark the 19th anniversary of Island Aviation, Deputy Managing Director of Island Aviation, Aishath Jennifer said the company has now stopped in-flight use of single-use plastics in domestic flights by its airline, Maldivian.

“We have stopped all use of plastic cups in our domestic flights. We have decided to use wooden cutlery instead of the plastic cutlery we now use in our international flights,” said Jennifer.

Jennifer reports it is the first steps in its larger goal of ceasing use of all single-use plastics by the year 2020.

The company has also stopped use of plastic water bottles inside its boardrooms, and introduced glass water bottles which will be used instead during this Sunday’s function.

The company reports it will be providing all its employees with reusable water bottles which they can use at the workplace instead of plastic water bottles.

Woman injured in a traffic collision in Male’ City