EC launches probe into one ballot box at Kendhoo 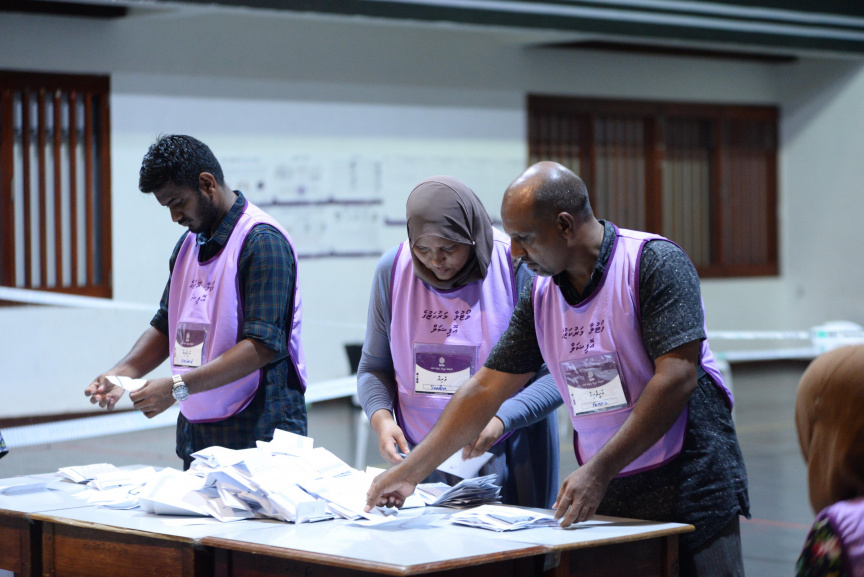 Elections Commission has announced the decision to launch an investigation into an issue with one ballot box kept at B. Kendhoo during the parliamentary elections on Saturday, April 6.

Spokesperson and member of Elections Commission (EC), Ahmed Akram provided confirmation of the decision to launch an investigation in a statement to ‘Sun’ this Tuesday. Akram reported that the EC will be sending a team from the Complaints Bureau to Kendhoo, and that a decision on the ballot box will be announced after the investigation is complete.

The complaint regarding the ballot box in Kendhoo was filed by MDP candidate Ahmed Latheef. He filed the complaint alleging the number of ballots cast to the box exceeded the queue number for the ballot box. He has also noted discrepancies in the voters list, the list of voters who have their fingers marked at the polling station, and queue number list, and alleges an official cast a ballot to the box after the polling time ended.

Akram reports the commission did not find any other complaints sent in significant enough to effect the results of the elections, and will not be pursuing investigations in connection with any of the other complaints.