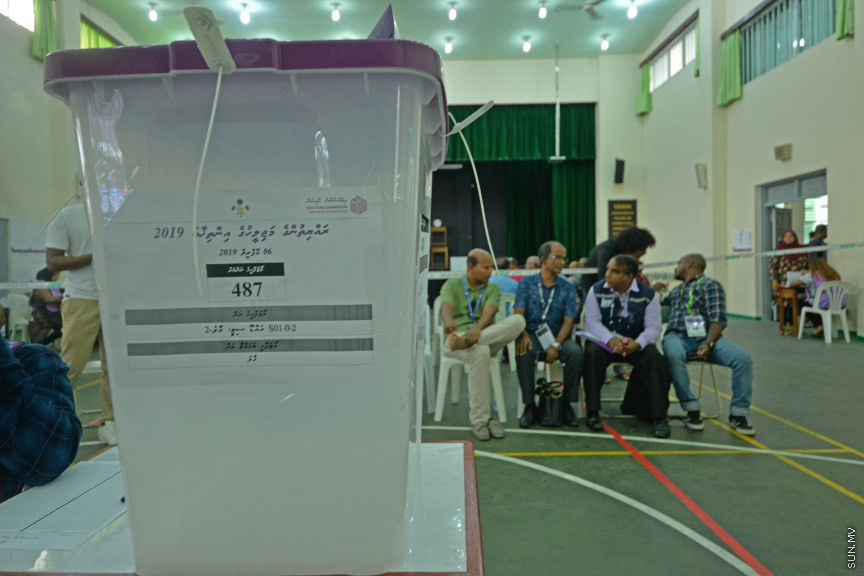 Polling underway for the Parliamentary Elections 2019 at a polling station in Kalaafaanu School on April 6, 2019. (Photo/Sun/Fayaz Moosa)

Elections Commission has announced the decision to recount invalid votes from three ballot boxes kept for the Maamingili Constituency during the parliamentary elections on Saturday, April 6.

Spokesperson and member of EC, Ahmed Akram reported to ‘Sun’ this Tuesday that the decision to recount the invalid votes was made following a complaint filed by a representative of a candidate for ran for the constituency.

The three ballot boxes of Maamingili Constituency each had a high number of invalid votes. Interim results released by EC lists 190 invalid votes in the constituency.

EC, this Tuesday, also announced the decision to investigate an issue with one ballot box of the Kendhoo Constituency, and to recount three ballot boxes kept for the Maavashu Constituency.

Akram reports the commission did not find any other complaints sent in significant enough to effect the results of the elections, and will not be pursuing investigations in connection with any of the other complaints.