Solih: Journalists should monitor activities of gov and Parliament 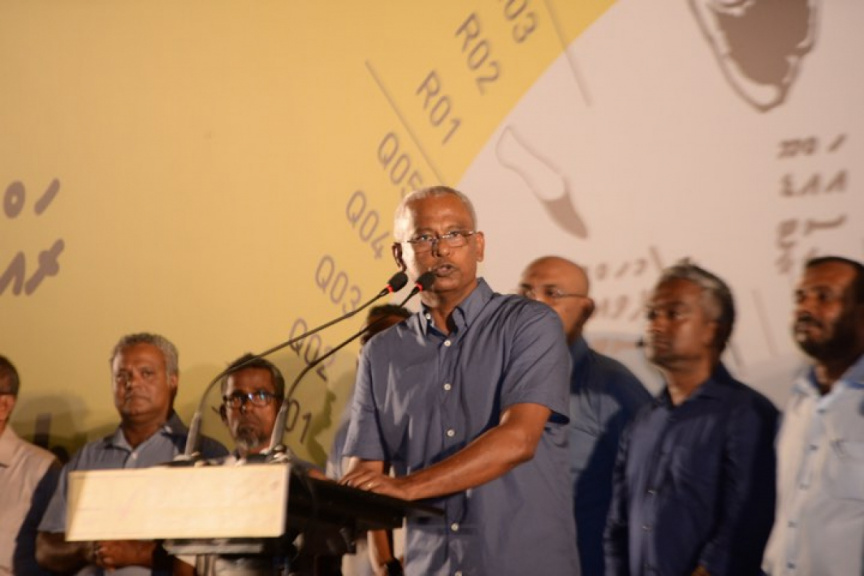 President Ibrahim Mohamed Solih speaking in the celebratory ceremony held by MDP on account of the Parliamentary Election 2019. April 6, 2019. (Photo/Sun)

President urges journalists to keep a close on the activities of the Government and the Parliament.

Speaking in the celebratory event of Maldives Democratic Party (MDP), for gaining a land-sliding majority in the Parliamentary Election held this Saturday, President Ibrahim Mohamed Solih stated that the journalists have a huge responsibility to cover the activities of the Government and the People’s Majlis.

Solih said that the journalists should monitor the activities of the Government and the elected members of the Parliament, and should make the public aware of any illegal activity they do.

“Monitor us and make the public aware of all our activities. If we, the government steps out of the line, make sure to report it to the public. If you get any evidence of bribery in the Parliament make it public. I am ready to take the necessary actions,” stated the President.

Only 4 female members to the Parliament