President urges citizens to exercise their right to vote 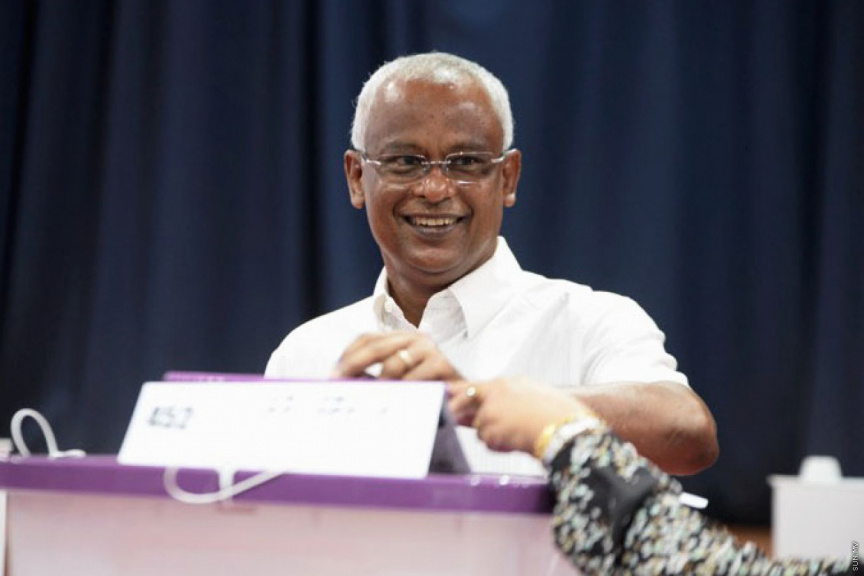 President Ibrahim Mohamed Solih casts his vote during the Parliamentary Elections 2019 at a polling station in Jamaaluddin Schooll on April 6, 2019. (Photo/Sun/Fayaz Moosa)

Speaking during a press after voting in the Parliamentary Election on this Saturday, President Ibrahim Mohamed Solih said that the people are voting in a free environment with ease.

"This a fundamental right of all the people. So I urge everyone who are eligible to come vote and have their say in who represents them in the Parliament," said the President.

The voting time for the election is from 8 am to 4 pm of Saturday, 6th April.

The polling will close at 4 pm in local time.