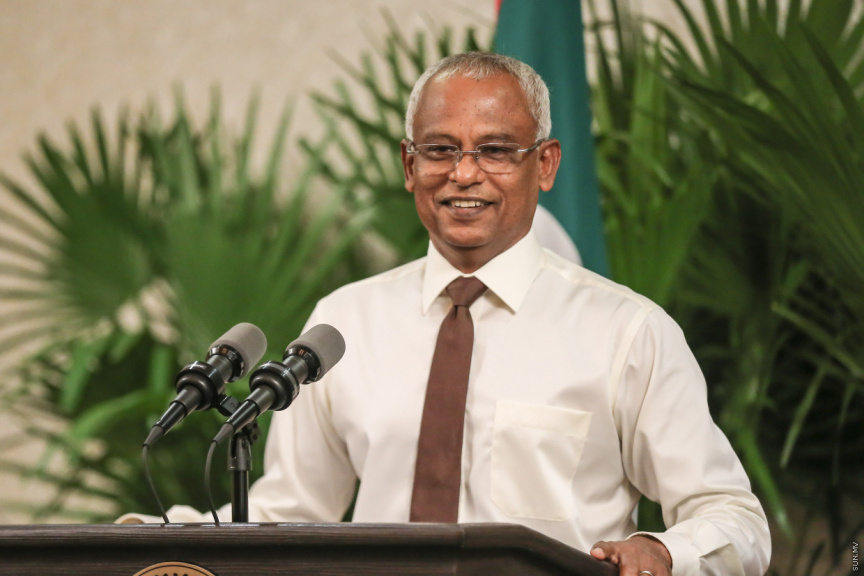 President Ibrahim Mohamed Solih smiles as he speaks during a press conference at the President's Office on January 24, 2019. (File Photo/Sun/Fayaz Moosa)

The Maldivian administration has intervened to settle all outstanding loans taken from the Bank of Maldives by private citizens to rebuild following the Tsunami of 2004.

BML announced this Wednesday that 455 loans taken in the wake of the tsunami had been outstanding – totaling MVR 30.4 million.

The initiative taken by the President and BML means all outstanding debt of private citizens who took loans from the bank in the wake of the tsunami have now been cleared.

The President’s Office reports Maldives Association for Tourism Industry (MATI) has also followed suit in forgiving the MVR 9.49 million in outstanding loans issued to 144 private citizens by the association in the wake of the tsunami.

President tours VIA ahead of border reopening