22 people penalized for driving without helmets 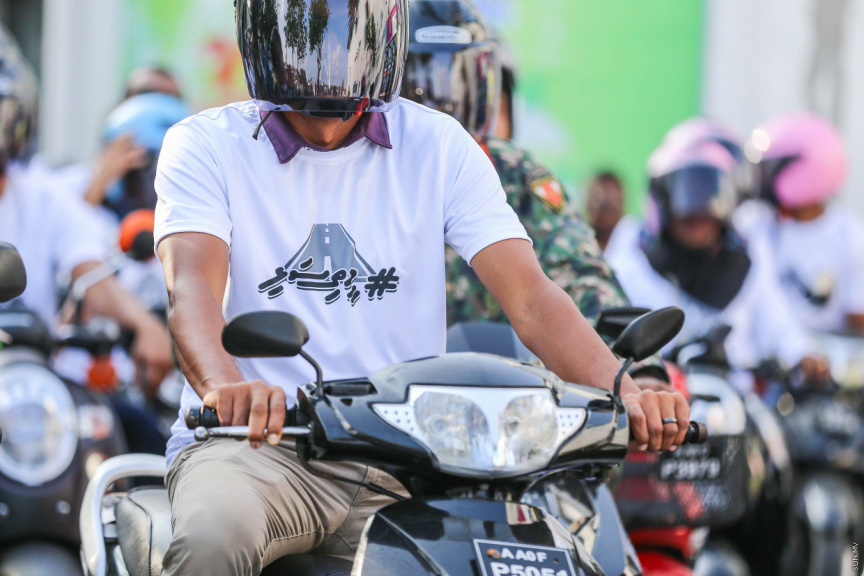 Maldives Police Service informs that 22 people have been penalized for driving without helmet following the amendment to Section I of the Regulation on Speed Limit for Land Vehicles, making helmets compulsory in areas exceeding the speed limit of 30km per hour.

The amendment, which came into effect on March 10, makes helmets compulsory while traveling via motorcycle on Sina-Male’ Bridge, Hulhumale' Highway, Addu City Ring Road, and the Laamu Link Road.

Speaking to Sun Online, a media official from MPS stated that 22 people have been penalized for driving without helmets on the bridge and ring roads after helmets were made compulsory.

However, they did not disclose how many were penalized from the Laamu Link Road.

According to the new amendment, those driving in vehicles registered in “A1” and “A0” category and those in the passenger seat should wear the helmet while driving in areas exceeding the speed limit of 30km per hour – Sina-Male’ Bridge, Male City ring road and Addu City ring road.

Using helmets had previously been optional but highly encouraged by both Transport Authority and Maldives Police Service. Helmets were mandatory in Addu City ring road even before the amendments.

Helmets are compulsory even in Laamu Link Road