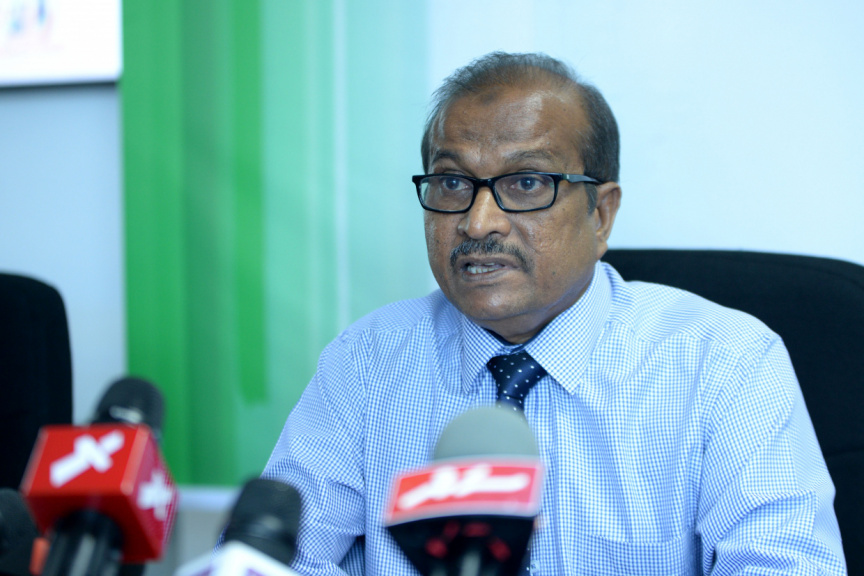 State Minister for Health and Head of HPA, Mohamed Zuhair speaks at the launching ceremony of a nation-wide campaign to tackle mosquito borne diseases on April 1, 2019. (Photo/Sun/Fayaz Moosa)

Ministry of Health and Health Protection Agency (HPA) has launched a nation-wide campaign to tackle spread of mosquito borne diseases in Maldives.

“Statistics collected over the past three years show an increase in dengue cases. Approximately 1,300 people have tested positive for dengue so far this year,” said Zuhair.

The last chikungunya outbreak took place in Maldives in 2006.

State Minister Zuhair stressed the need to clean backyards, balconies, and public spaces of items such as tin cans, buckets, discarded tires and other artificial containers that hold stagnant water in order to destroy mosquito breeding sites and control the spread of mosquito borne diseases.

The nation-wide campaign will be held throughout April.

Program Manager of HPA, Sana Saleem briefed the press regarding the activities planned for the campaign.

“We will also hold a dengue high-level advocacy forum. The forum will be held on April 25. Consultants from the WHO will take part in the forum,” said Sana.

HPA begins screenings at VIA for new virus from China

HPA records increase of dengue cases in the Maldives