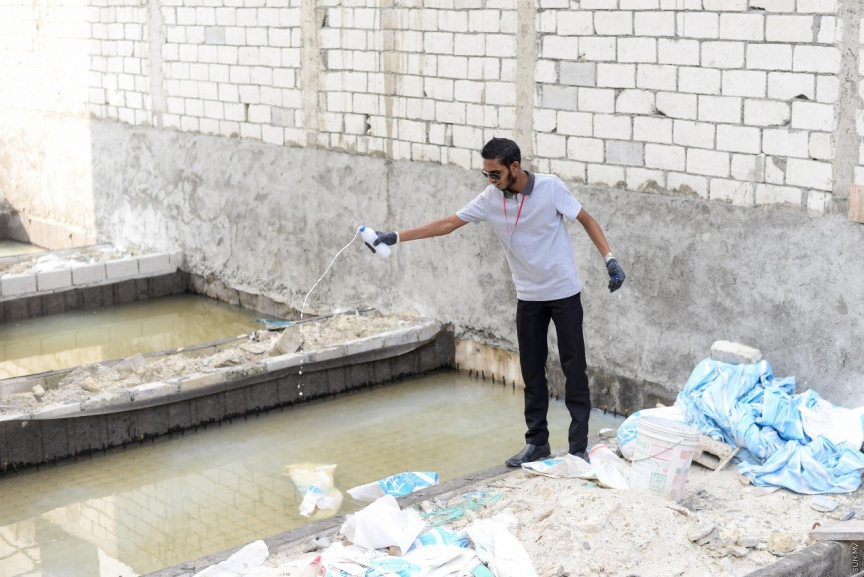 A man pours a chemical into stagnant water at a construction site to destroy the mosquito breeding site. (File Photo/Sun/Mohamed Afrah)

1,301 people have been treated for dengue in Maldives for far this year, reports Health Protection Agency (HPA).

HPA reports it expects an increase in dengue cases again in May and June.

Most of the patients treated for dengue fever were children under the age of 10 years and adults above the age of 25 years.

Chikungunya is the second most common mosquito borne disease in Maldives. The last chikungunya outbreak in Maldives was in 2006.

421 cases of chikungunya were reported in Maldives during the first three months of this year.

Most of the patients fell above the age of 25 years, reports HPA.

The campaign will last throughout the month of April.

Activities planned as part of the campaign includes: