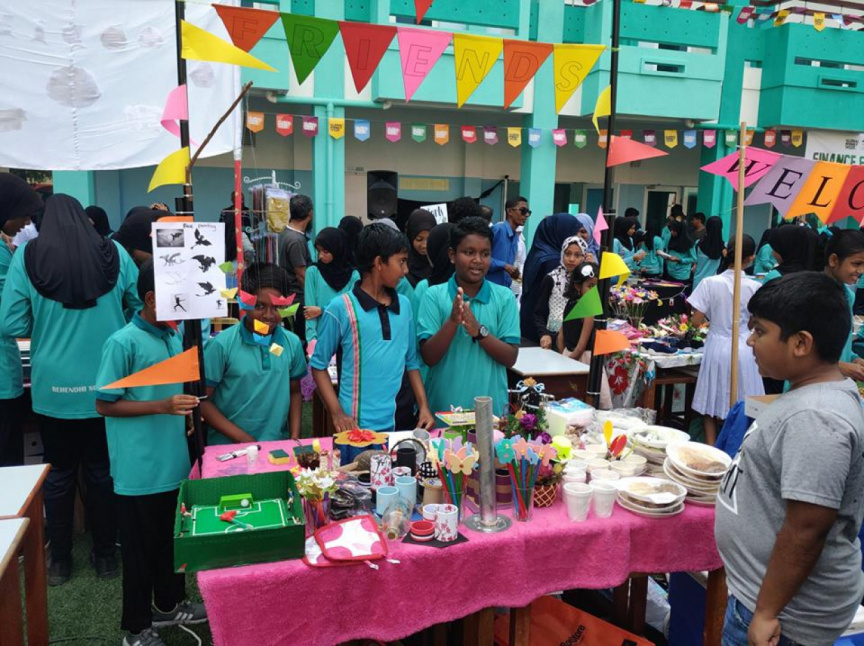 Financial Fairs planned as part of Global Money Week was held this Friday.

Finance Fair was held in Hulhumale’, Rehendhi School from the Male’ Area. Financial Fairs and Children’s Fairs were also held in Hd.Kulhudhufushi, L.Fonadhoo and Gd.Thinadhoo.

MMA informed that the Children’s Fair held in Thinadhoo gained more than Thousand participants. They also said that the fairs held in Kulhudhufushi and Gahdhoo received huge support from the public.

MMA stated that the aim of the Finance Fair is to teach students the buying and selling of goods and services. During the fair the children produced their own good and sold them.

The events were held with the support of Atoll Counsels and Financial Institutions.

MMA also stated that the Youth Entrepreneurs Forum planned as part of the week will be held during Friday in Hd.Kulhudhufushi, L.Fonadhoo and Gd.Thinadhoo.

Aid of Exim Bank to install water and sewerage systems