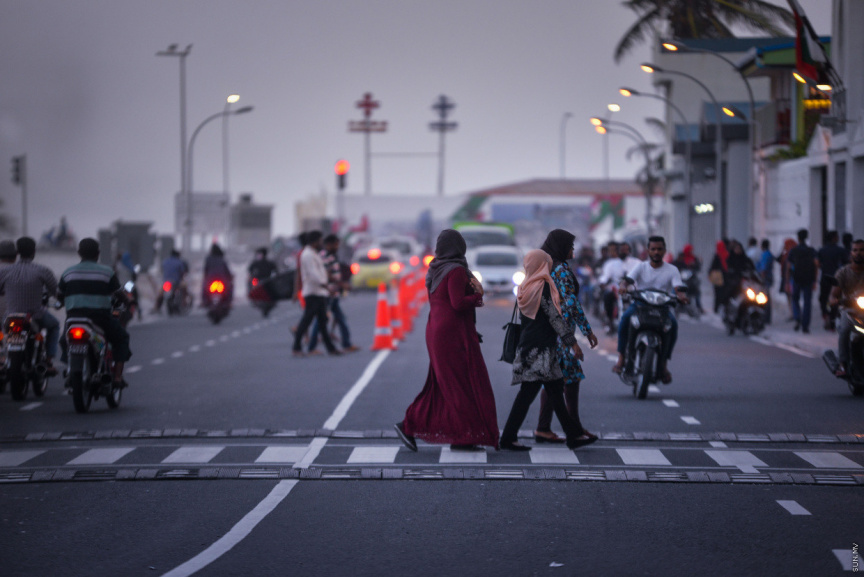 Pedestrians cross the street using the zebra cross near Senahiya Hospital which was the scene of a hit-and-run on February 12, 2019. (File Photo/Sun/Fayaz Moosa)

The victim of the hit-and-run near Senahiya Hospital of Male’ City on February 12 has regained consciousness after over one month and is showing signs of improvement, reports ADK Hospital.

Two people were crossing the road from the zebra cross near the Senahiya Hospital on the evening of February 12 when a taxi sped by hitting one of the two people. The person hit by the taxi collapsed on top of the other – resulting in the latter – a 45-year-old woman – hitting her head on the ground.

She has been in critical condition under treatment at the Intensive Care Unit of the ADK Hospital ever since.

Managing Director of ADK Hospital, Mohamed Affaal reported to ‘Sun’ last Wednesday that the woman has now regained consciousness and is showing signs of improvement.

Authorities have suspended the driving license of the taxi driver involved in the hit-and-run for two years, and rescinded the permit issued to the vehicle.

Maldives Police Service reports it plans on forwarding the case against the taxi driver to the Prosecutor General’s Office for criminal charges.