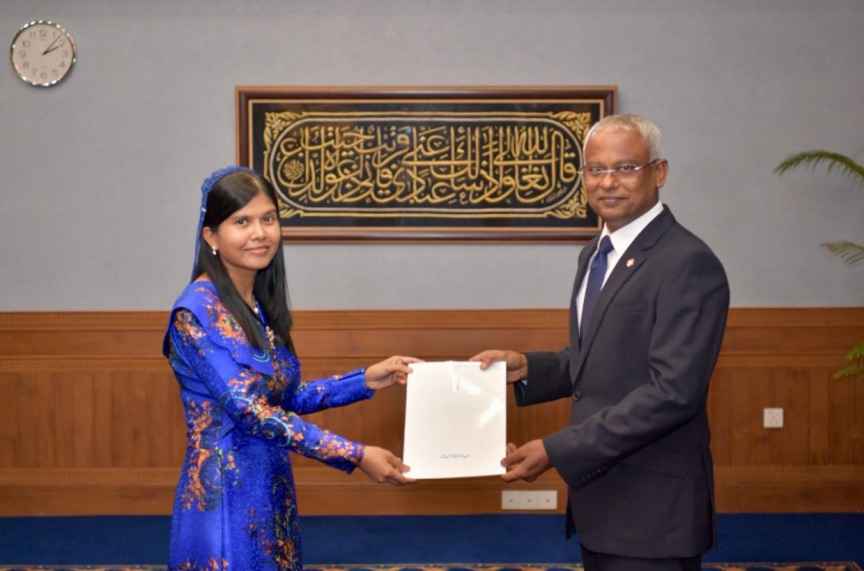 President Ibrahim Mohamed Solih has appointed Wisam Ali as the Ambassador of Maldives to Malaysia.

Wisam was handed her letter of appointment in a function held at the President's Office this Tuesday afternoon.

Wisam previously served at the Parliament as Maduvvari MP.

She is the wife of Thasmeen Ali, the former Kendhoo MP who became Leader of Dhivehi Rayyithunge Party (DRP) following a power struggle between him and then-Leader, former Maldivian President Maumoon Abdul Gayoom.

Maldives to introduce Departure Tax in 2022