Qasim: MDP will allow temples in Maldives if it secures majority at Parliament 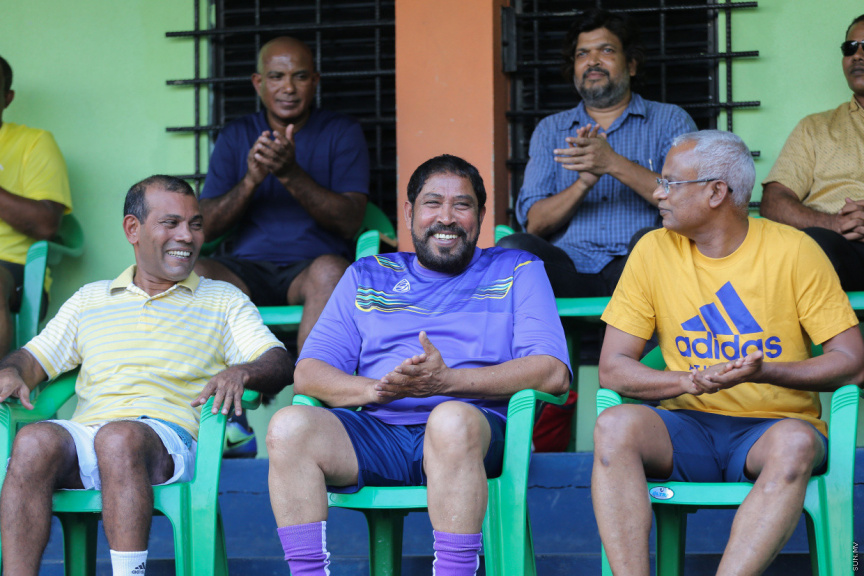 Temples will be built in Maldives if Maldivian Democratic Party (MDP) manages to secure a majority in the upcoming parliamentary elections, warns Leader of Jumhoory Party (JP) and Speaker of Parliament, Qasim Ibrahim.

He made the comment during a campaign tour of A. A. Himandhoo this Monday.

“Now what will happen if MDP wins majority of the Parliament of Maldives? They will build places of idol worship. They will build temples in Maldives. They will allow residency to people of different faiths. And we would then have to wage war,” said Qasim.

Qasim’s speech was directed at former Maldivian President and Leader of MDP, Mohamed Nasheed, who has, in the past, gotten into hot water for “secularist” statements.

“We will not secure just six seats, as Nasheed seems to think. With the grace of Almighty Allah, we shall show a strong performance,” said Qasim.

If MDP obtains majority in the parliament, (they will) build temples in the Maldives, says JP leader Gasim Ibrahim pic.twitter.com/K9xRK3kx6P

Qasim said he would not allow for anyone to cause any harm to another, or allow anyone to violate the principles of Islam for as long as he remained Speaker of the Parliament.

“We will not allow anyone to destroy our nation under the pretense of foreign aid,” he added.

Qasim, in his speech, spoke of his experiences working with MDP. Experiences he described as “bitter”. He said that he had sacrificed both his body and his money to secure MDP the win in the presidential elections of 2018, but that MDP had pushed JP aside ahead of the parliamentary elections.