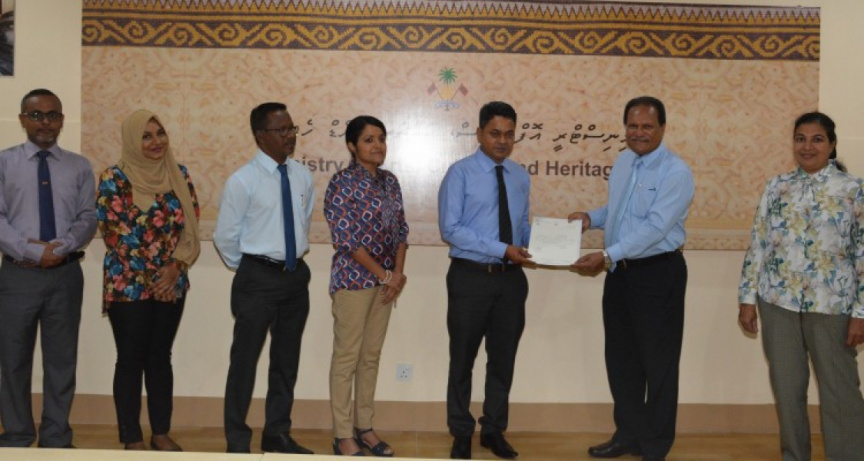 Shamoon Hameed has been apointed as the Permanent Secretary of Ministry of Arts, Culture and Heritage.

The letter of appointment was handed over to Shamoon Hameed, by the President of Civil Service Comission Dr.Ali Shameem, in a ceremony held in the Heritage Ministry this Monday morning.

Hameed has been serving in the Maldivian government since 1986.

In 1992 Shamoon Hameed was awarded the National Award and Shield for his services in the Music Industry.