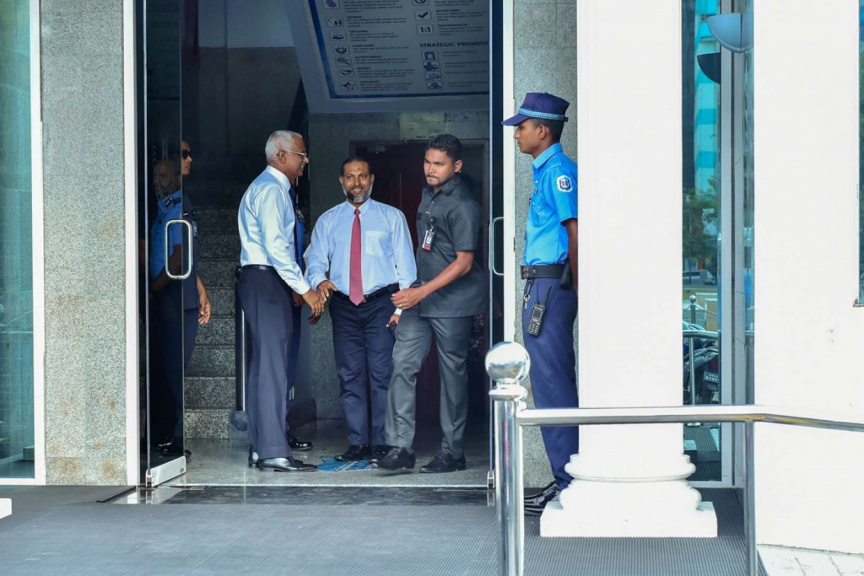 President Ibrahim Mohamed Solih has made the decision to restore the powers to the Minister of Home Affairs which were constricted during ex-President Abdulla Yameen Abdul Gayoom’s administration.

Speaking during a campaign event in Sh. Komandoo this Saturday morning, Solih highlighted on the centralization policy adopted by the previous administration, as part of which many of the powers of Minister of Home Affairs were transferred to the President.

Ex-President Yameen constricted the powers of Home Minister during the tenure of Umar Naseer.

The decision to restrict the powers of the Home Minister was flat-out denied by the Spokesperson at the President’s Office, Ibrahim Muaz Ali, at the time.

‘Sun’ has been informed Yameen restricted the powers awarded to Home Minister under Article 16 of Police Act.

Article 16 of Police Act empowers the Home Minister with the legal powers and privileges enjoyed by every Head of Maldives Police Service. It also authorizes Home Minister to issue direct orders on individual police officers as well as the entire police force, and issue regulations and orders towards implementation of sections of Police Act or the underlying purpose of the Police Act.

A clause in the same Article authorizes the President to restrict the powers.

Home Ministry to give aid for projects in four islands

"China, Maldives must ride on fast lane of development"