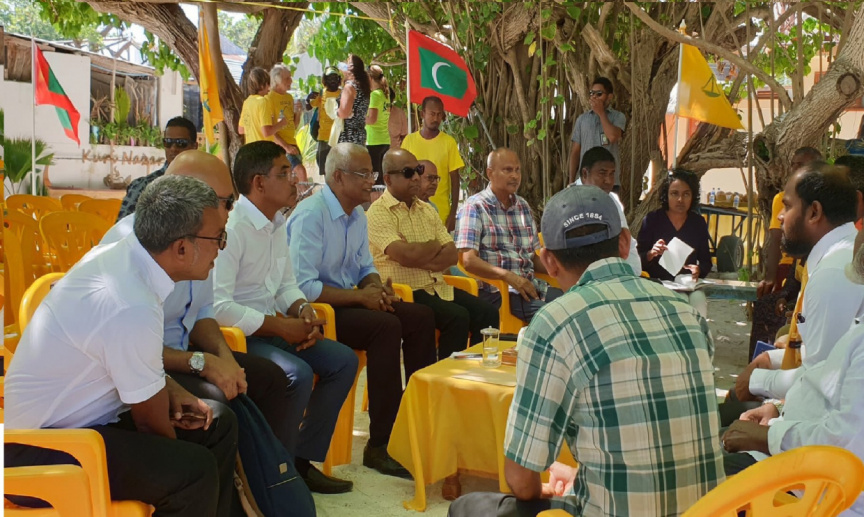 President Ibrahim Mohamed Solih during his tour of V. Atoll on March 14, 2019. (Photo/MDP)

Establishment of a bank to enable credit facilities for small and medium enterprises which’s shares are owned by the three Maldivian cities was one of Solih’s electoral pledges.

City councils of Male’ City, Addu City and Fuvahmulah City each own 5 percent of shares at the SME Bank.

Solih travelled to V. Keyodhoo this Thursday morning for an appearance at MDP’s campaign tour of V. Atoll.

Speaking at a gathering in Keyodhoo, Solih said that self-sustainability was the key to development of individual islands.

“As such, the SME Bank will be opened and loans issued to medium enterprises in this coming week. In Sha Allah,” said Solih.

Solih stressed that decentralization was essential to the development of Maldives.

“As such, we are working on submitting revisions to the Decentralization Act to bring about great changes to the system of decentralization in order to allow councils legal autonomy, financial autonomy, and ensure services for development of islands are provided by residents of the islands,” said Solih.